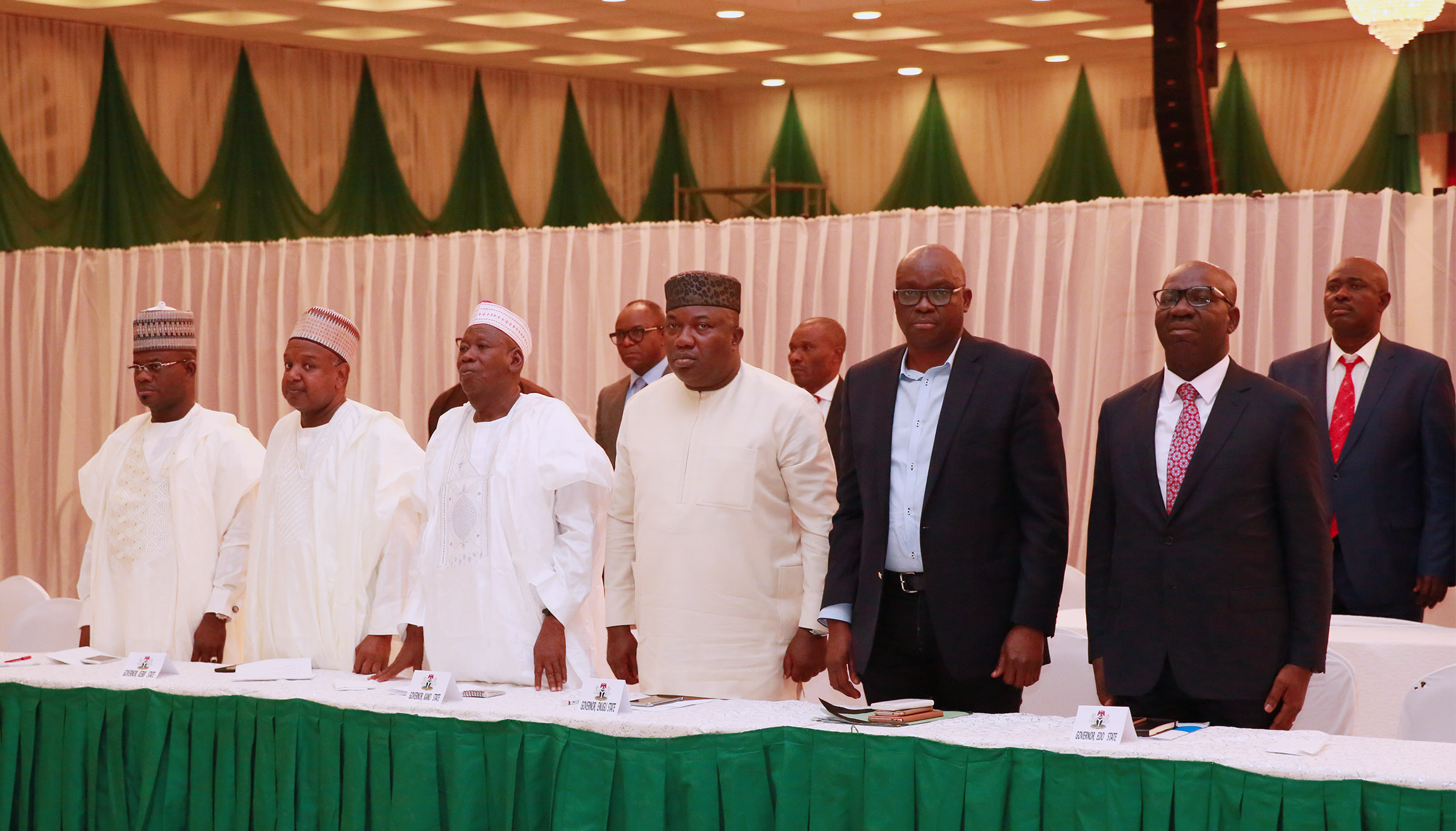 It is no longer a news that most of our states are currently faced with serious socioeconomic issues bordering on sustainability inabilities. Although this has been on over time but as a nation that plays politics with everything, we decided to live in denial. But as it currently stands, it has gotten to the brim and the state Governors are faced with either confess or collapse options, hence the bailout carol.

But in rushing to Abuja for a bailout, our Governors has forgotten that one of the negative attributes of borrowing is that once you start, it becomes your character. This borrowing habit of theirs has succeeded in weakening our states to a sorry level, that just about four out of the thirty-six states can presently pay their workers salaries without seeking for ‘economic live support’ in the name of a bailout from the federal government.

As a matter of fact, it is not a bad Idea demanding for a bailout. But mindless borrowing such as this depletes the borrower’s economic creative prowess, dwindle the propensity to achieving self-reliance and have the entity exposed to further socio-economic vulnerability.

Consequently, the feeling by some that Abuja is there to provide the needed financial succor, has rendered most of our governors lazy and uninterested in carrying out self-introspection on how to improve their state’s internally generated revenue(IGR) not minding that every opportunity to borrow as provided comes with a looming risk.

The above I am sure of, as no state can guarantee it’s socioeconomic security by living on a borrowed fund. Most especially when it becomes incessant or a recurrent decimal of the sort as we are witnessing.

Additionally, the above development has brought to the fore the type of people that we have freely blessed ourselves with as our governors. With the exception of Lagos and few others that are still active in sustaining their states via internally generated revenue, the rest shares a common denominator; Abuja dependants.

So, we can now understand why Lagos is witnessing massive infrastructural development today while other states are busy with a bailout sing-song.

This also points to the fact that our problem as a nation is more of leadership as the ‘the strength of every state is a direct result of the strength of the leaders’.

To further support the above point as advanced, our colonial overlords very seamlessly penetrated all the nooks and crannies of this nation ensuring that all paid their taxes. That exercise did not in anyway exclude my poor grandfather as he was tracked to his sleepy farm settlement to ensure compliance. So, what is going on with our present crop of leaders?

But as it is at the moment, it has become crystal clear that the monthly orthodox procession to Abuja for a ‘holy communion” using FAAC as the sacrificial lamb and the FG seated as the chief Priest is no longer sustaining.This should be a source of worry to our state governors who could neither pay workers nor pensions of our retirees when the federal allocation was constantly dropping.
However, I am well aware of the fact that the civil servants are self-declared enemies of the states occasioned by their bureaucratic tendencies but that should not be enough reason for them to be treated like the internally displaced people (IDP) that their situation has degenerated into in some states. The recent suicide and contribution of food items and other relief materials as witnessed recently occasioned by nonpayment of salaries bear eloquent testimonies to these facts.

Similarly, most of our pensioners have given up hopes and have resigned to fate banking on their age-long religious teaching that their reward is in heaven.

To illustrate this point, an uncle of mine, a pensioner and a man well above 80 years told me very recently that they were promised 33% increment in pension since the steady rise in inflation has made sense of what they receive as the pension. That was in June 2010, but as I am doing this piece, they have not received a kobo from that promise 7years after. Yet, the state government in question is busy shouting prosperity for all through SMART AGENDA.

Considering my uncle’s age, he has naturally packed his luggage, checked in and now at the departure lounge waiting for his creator to open the boarding gate. If such should take place now, when and how will he receive this amount that has accumulated for the past seven years? Very sadly, he may not, but.

In all these, one thing that our governors fail to remember is that ‘the grinding poverty and starvation with which our country is afflicted is such that it drives more and more men every year into the ranks of beggars, whose desperate struggles for bread renders them insensible to all feelings of decency and self-respect’.

To put it differently, if the above is examined closely, one will discover that our governors are in one way or the other architects of this situation and instead of trying to ameliorate it, by providing work for their subjects and insisting on their working for bread, they denied those that have worked their just wage and pension respectively.

As if that was not enough, they now watch their civil servants commit suicide and the only defense they put up is ‘we owe him just 9 months and not 11 months salary’. Saying it as if they were morally justified allowing the civil servants go home at the end of every month without their salaries.

Still, on these negative light, these deliberate inactions of our governors has again portrayed them as a group that knows how to mop up our commonwealth for their personal aggrandizement while abandoning their subjects to mop up their tears. This to my mind is condemnable

Again, another fact that our state governors should remember is that no one takes a government that governs with beggar bowl approach seriously.

As a response to the above realities, it is my submission that there is the need for our state governors to imbibe a saving culture as this attitude of eating with our ten fingers is not in any way supporting our economic growth or sustainability

In the same token, they must remember also that the people are watching closely most especially the youths. They should remember that in a period such as this, people watch with rapt attention, noting every move they make, learning what they really believe as opposed to what they say.

Finally, the state governors should remember and take into action the fact that the shortest way to the bright future we seek lies in a creative approach.

Therefore, let the governors defocus on Abuja and focus on increasing their states internally generated revenues, working in a collaborative manner with their civil servants. This process, who knows, may provide a lasting solution to the restructuring of our nation.

GovernorsNigeria
Share
Subscribe to our newsletter
Sign up here to get the latest news, updates and special offers delivered directly to your inbox.
You can unsubscribe at any time

SERAP wins round in court to compel Saraki, Dogara to account for N500bn ‘running cost’

The Day in Pictures: Emefiele at the London Stock Exchange