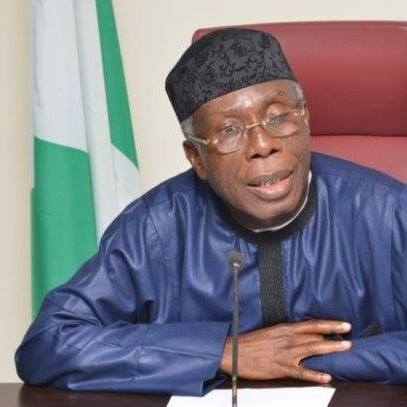 The Media Rights Agenda (MRA) Monday inducted the Federal Ministry of Agriculture and Rural Development (FMARD) into its Freedom of Information (FOI) Hall of Shame as it indicted the institution for its failure to implement the FOI Act, 2011 and its “unjustifiable assault on the rights of citizens to demand information from public institutions.”

In a statement in Lagos announcing the selection of the Ministry as the week’s inductee into the FOI Hall of Shame, MRA’s Legal Officer, Ms Chioma Nwaodike, said the institution was not only in complete breach of all its obligations under the FOI Act, but had also exhibited an inexcusable intolerance for the rights of citizens and civic groups to hold public institutions accountable in accordance with the Law.

According to Ms Nwaodike, “The question that comes to mind is how a regulatory institution, primarily funded by the Federal Government, which claims to focus on measures to maximize the full participation of stakeholders in its activities, including farmer’s associations, cooperatives, NGOs, CBOs, CSOs, development partners and the private sector, can willfully and persistently refuse to comply with its statutory duties and obligations under the FOI Act, a key instrument that can facilitate and enhance such stakeholder participation and inclusiveness.”

She observed that despite the Ministry’s admission that it is primarily funded by the Federal Government, it is not known to have responded positively to any FOI request made to it, including a number of requests by civil society organizations such as the Centre for Social Justice (CSJ) and the Public and Private Development Centre (PPDC).

On the contrary Ms Nwaodike recounted, on July 24, 2016, the Ministry, through the office of its Minister, Chief Audu Ogbeh, launched an unwarranted and scathing public attack against the CSJ for exercising its rights under the FOI Act.

The CSJ had written to the Minister, Chief Audu Ogbeh, under the FOI Act, asking him to release details and a copy of a N25 billion egg production contract he signed with Tuns Farms Nigeria Limited, information on how Tuns Farms Nigeria Limited was selected for the contract, and if the contract was advertised in any newspaper in compliance with the provisions of Public Procurement Act, a request which was ignored.

Following the Minister’s refusal to respond to the request or provide the information sought by CSJ, the organization filed a suit at the Federal High Court in Abuja, in accordance with the provisions of the FOI Act, seeking to compel the Minister to provide it with the information requested.

The Minister’s office thereupon issued a statement on July 24, 2016, evidencing its contempt for the rights of citizens to seek information under the FOI Act, asking Nigerians to disregard the “outbursts of a group acting under the pretext of fighting in public interest by trying to sue the Honourable Minister.”

Describing the CSJ, which is a registered and highly respected civil society organization in Nigeria, as “the self-styled civil rights group, that addressed itself as Centre for Social Justice”, the Minister’s office said “the group, acting on mere imagination and insinuation, without any fact check, is seeking to ask the Minister to release details and copy of the N25bn contract he signed with Tuns Farms Nigeria Limited.”

For its audacity in exercising its right to seek information under the FOI Act, the Minister’s office described the CSJ as “a mechanism for distraction to bring discontent against the laudable initiative of the Honourable Minister who understands the problems of the poultry sector and has come up with a private sector-led solution to increasing egg production in Nigeria.”

Ms Nwaodike observed that over the last six years, the Ministry has failed to perform one of its key obligations under the FOI Act, which is to proactively publish information relating to the receipt or expenditure of public or other funds of the institution, information containing applications for any contracts made by or between the institution and another public institution, as well as the names, salaries, title and dates of employment of all employees and officers of the institution; and other information which it is required to disclose in accordance with Section 2 of the Act.

She also noted that “in the six years since the enactment of the FOI Act, the Ministry had failed woefully in complying with the provisions of Section 29 of the Act, which requires the Ministry, like all other public institutions, to on or before February 1 of each year, submit to the Attorney-General of the Federation a report of its implementation of the FOI Act covering the preceding fiscal year.”

According to her, “Despite the provisions of Section 13 of the FOI Act, there is also no indication that the Federal Ministry of Agriculture and Rural Development has at any time in the last six years provided the required training for its officials on the public’s right of access to information or to equip relevant officials with the skills to ensure the effective implementation of the Act.”

Besides, Ms Nwaodike said, the Ministry has not complied with Section 2(3)(f) of the FOI Act, which requires the agency, as a public institution, to designate an appropriate officer to whom applications for information under the Act should be sent and to proactively publish the title and address of the officer.

Launched on July 3, 2017, the FOI Hall of Shame focuses attention on public officials and institutions that are undermining the effectiveness of the FOI Act through their actions, inactions, utterances and decisions

Ministry of Agriculture
Share
Subscribe to our newsletter
Sign up here to get the latest news, updates and special offers delivered directly to your inbox.
You can unsubscribe at any time