Gwarzo and the Chicken Chasers 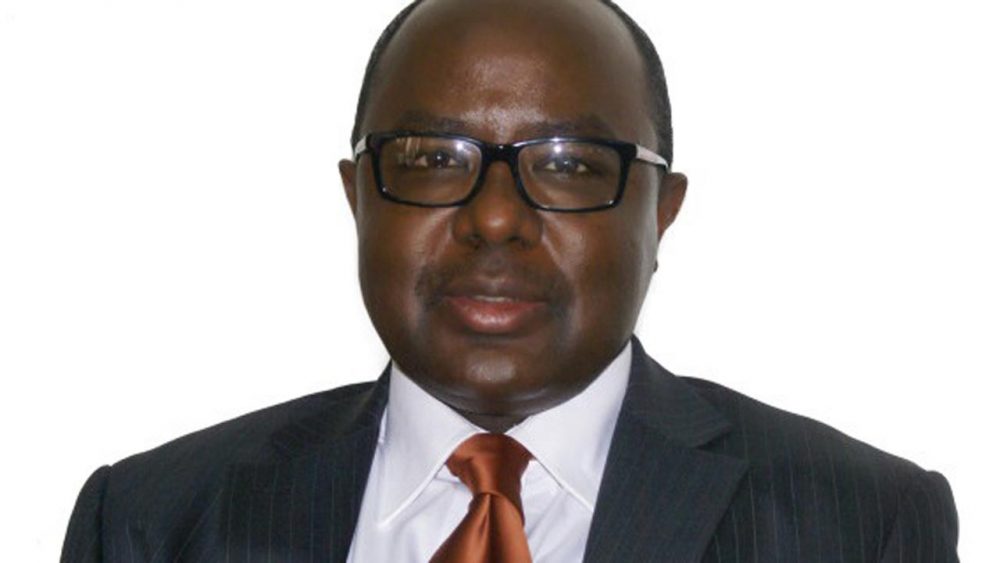 Constructive criticisms are sometimes necessary for the smooth running of organisations. They help to keep the executives on their toes and call their attention to mistakes as they occur. Criticisms can also become pernicious and debilitating when they are made in bad faith. They are worse when they are based on false information and outright lies.

Mr. Mounir Haliru Gwarzo since he was appointed the Director-General (D-G) of the Securities and Exchange Commission (SEC), on May 20, 2015 by former President Goodluck Jonathan in a letter signed by the then Secretary to the Government of the Federation, Senator Anyim Pius Anyim, has had a feel of the effect of evil manipulation of information. He assumed office as D-G after serving as a member of the board of the commission for more than two years in the capacity of an Executive Commissioner having been appointed on January 2, 2013.

The Director General of the Commission is, to all intents, a political appointment that must have to pass through the Senate of the Federal Republic of Nigeria for screening and eventual approval. The candidate for the job does not necessarily have to be a career staff of the commission. With his appointment as the D-G of SEC, he left from the board of the commission as a full time member and Commissioner as soon as the appointment was made. And if he had served for a minimum of two years on the board, he was entitled to ALL his benefits. A simple arithmetic will prove that from the time Gwarzo was appointed to the board and the time he was lifted to the position of D-G, he had put in two years and six months.

The board of the commission, at a meeting held on July 11, 2002 (eleven years before he was appointed to the Board of the Commission), approved, inter alia, that a permanent commissioner who has spent a minimum of two years is entitled to full benefits which can be monetized when leaving that office. In the extracts of this board meeting, it was specifically mentioned that the benefits should accrue to permanent commissioners who have served for a minimum of two years of which the D-G was listed as one. To that extent, therefore, he is entitled to the benefits paid to him for his service as the Executive Commissioner of Operations Directorate. Mr. Gwarzo has not denied that these entitlements were duly paid to him as they were, indeed, his rights because they are attached to the office and not necessarily to the individual who occupies the office.

Although a certain legal opinion was made public. But the fact is that in corporate governance, the decision of the board is binding on all. If there are contrasting views, opinions or objections and any other matter that is inconsistent with the decision of the board, the decision of the board renders those a nullity to the extent of the inconsistency. Interestingly, the position of the Acting Head of Legal department relied upon by the mischief makers were dismissed by a counter opinion proffered by the Acting Executive Commissioner Legal & Enforcement and the Executive Commissioner Corporate Services of the Commission, both of whom are seasoned and senior legal practitioners. Regrettably, these counter opinions were not made public by the chicken chasers as they make clear the true position. The mendacity of the allegation is further demonstrated by the fact that the benefits were not approved by the D-G for himself as canvassed, but approved by the Executive Commissioner Corporate Services, whose statutory duty it was. It is, therefore, a deliberate act of mischief for anyone to adjudge the payment to him as illegal or that it contravenes any known law of the land.

It is on record that Gwarzo as SEC D-G, supervised the purchase of three cars from Stallion NMN Limited, manufacturers and distributors of Nissan automobiles, as project vehicles. Once again, the mischief of the chicken chasers is exposed as records exists which shows that those vehicles were purchased in 2013 and not during Gwarzo’s time as Director General. At the time, all necessary approvals on the bidding process, purchase and other procurement guidelines in accordance with the provisions of the Public Procurement Act were obtained from the Bureau of Public Procurement. The vehicles were duly assigned to the various offices as project vehicles. They were never at any time assigned to or used by the person of the Director General or any other Executive Commissioner as private vehicles. Till date, the project vehicles assigned to the offices of Executive Commissioners which are vacant are packed in the premises of the Commission.

It is often said that a mischief maker is like someone drowning who desperately clutches to any available straw just to stay afloat. In their bid to cast slur on the excellent job the SEC D-G is doing since he assumed office, the chicken chasers (apology to Prof Chukwuemeka Ike) have been looking for tell-tale signs of abuse of office. And when one does not exist, it must be contrived somehow. Government rules are clear on what a functionary should do in relation to other business interests. The matter is considered settled when the functionary in question resigns from or withdraws his interests in those other businesses. There is nothing in the statute books stopping those businesses as corporate entities from doing business with that or any other government agency. The intendment of the law in insisting on this is to avoid any conflict of interest. Before his appointment as Executive Commissioner, Mr Gwarzo had interests in two companies owned by his family, Outbound Investment Limited and Medusa Investment Limited. He withdrew his interests in them before his appointment into the board of SEC. That was on December 12, 2012. As for the other companies his traducers are hinging on to blackmail him, they are companies doing business with SEC as an entity with no connections whatsoever to the D-G as a person. The Public Procurement Act empowers the D-G as the Chief Executive Office of the Commission to approve contracts within certain thresholds. However, to ensure transparency in the procurement process of the Commission, the D-G has delegated every procurement exercise of the Commission to the Minor Tenders Board, completely excluding himself from the processes.

In the public service, there is a saying “if you don’t train them, don’t blame them”. It was in keeping with this aphorism that the Executive management of SEC considered the training of some its staff on some specific areas of its core operations. It is, therefore, surprising that staff training should be counted as a sin committed by the D-G. The initial plan was to assign that programme to a foreign trainer. But because of the exorbitant cost implication, the foreign trainers’ fee actually came to N700, 000 or its dollar equivalent per participant. The management, to cut cost, engaged the services of local trainers including the Lagos Business School (LBS) and were paid less for the same programme. Some received as little as N150, 000 except for LBS that got N300, 000. If updating the knowledge base of the staff is considered a sin, then it is a sufficient ground to assess the intentions of those alleging inappropriate conduct on the D-G especially with regard to what they think of SEC as a key play in the nation’s economy.

The circular restricting chief executives of government agencies to economy class in air travels was issued on November 2, 2016. Gwarzo travelled to Hong Kong for the IOSCO board meeting in October of the same year. He received payment for his airfare for that trip and travelled on Business class. Considering the time he travelled in October and when the circular was issued on November 2nd, only someone out to course mischief will allege misdemeanour on the part of the D-G. It is obvious that his trip to that Chinese city predated government restrictions on air travels and as such could not apply to that trip. This leaves me perplexed at the extent to which a person would fabricate tales to tarnish the integrity of another.

Every corporate organisation, be it public or private has its own ways of appreciating staff leaving service meritoriously. For SEC, it was called The Golden Hand Shake, a retirement scheme designed by the commission for certain categories of staff. Upon assumption of office as D-G, the Gwarzo led administration noted that the Commission was top-heavy and rolled out this scheme, to encourage staff within the cadre of Senior manager – Director to voluntarily exit the system with certain benefits. The scheme was accessed by 47 staff of the Commission within those cadres and duly approved by the board and funded from the commission’s budget.

Instead of citing anonymous sources, the mischief makers should have referred to the relevant sections of the Investment and Securities Act, 2007 that empowered the board to approve the commission’s budget as well as to establish and maintain a fund the proceeds of which it may apply to meet its financial obligations. The Golden Hand Shake organised by the D-G was carried out in line with statutorily laid down rules of the commission. Till date, some staff of the Commission have expressed regrets in not assessing the scheme at that time and have at various forum agitated for the re-opening of the scheme. Interestingly, the SEC is not the only organization to have rolled out the Golden Handshake as sister organizations such as the Central bank of Nigeria implemented a similar scheme which is tagged as Operation Eagle.
As pointed out earlier, any chief executive will cherish constructive criticisms including from members of his own team. Raising false alarms on situations that does not exist can have diversionary effect that is not conducive for management practices. Gwarzo is human and like every human is susceptible to errors. When those errors are imagined, they are bound to be counterproductive. That is why they are frowned at especially in a sensitive corporate organisation like SEC.

Given that these allegations posses no merit of any sought, I would be amazed that a respectable institution such as the SEC makes any response, because in my opinion, these mischief makers do not deserve the attention of the Apex regulator of the Nigerian capital market.

Ume wrote in through james@channelkoos.com

GwarzoNigeriaSec
Share
Subscribe to our newsletter
Sign up here to get the latest news, updates and special offers delivered directly to your inbox.
You can unsubscribe at any time