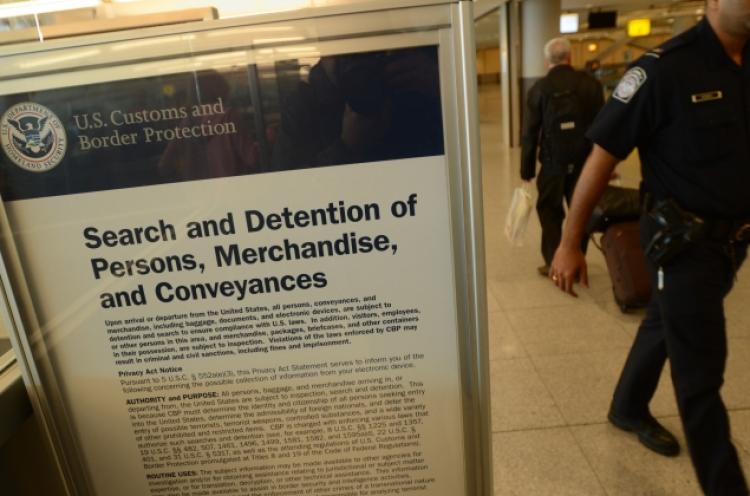 Flying to the United States may take a while longer as of today due to enhanced security measures affecting flights to the U.S.

New security measures affecting flights into the US are coming into effect, which US authorities say are aimed at reducing the threat of hidden explosives.

They include enhanced screening of passengers and electronic devices.

About 2,000 commercial flights a day from more than 100 countries will be affected.

The announcement from the U.S. Transportation Security Administration comes after five global long-haul airlines – Air France, Cathay Pacific, EgyptAir, Emirates and Lufthansa – said they would begin the new security interviews starting Thursday.  A sixth carrier, Royal Jordanian, said it would begin the new procedures in mid-January after U.S. authorities granted RJ’s request for a delay in implementing the measures.

Some airline officials have expressed concern that the checks could cause delays and lead to higher prices.

The measures apply to all commercial flights into the US, the Department of Homeland Security says.

They replace a ban on laptops in airline cabin baggage from eight predominantly-Muslim countries which the US government announced in March but later dropped.

“The security measures affect all individuals, international passengers and U.S. citizens, traveling to the United States from a last point of departure international location,” said Lisa Farbstein, a spokeswoman for the TSA. “These new measures will impact all flights from airports that serve as last points of departure locations to the United States.”

She put the number of flights affected at around 2,100 daily. She also said it would include “heightened screening of personal electronic devices” and stricter security procedures around planes and in airport terminals.

Air France said it will begin new security interviews on Thursday at Paris Orly Airport and a week later, on Nov. 2, at Charles de Gaulle Airport. It said the extra screening will take the form of a questionnaire handed over to “100 percent” of passengers.

US bound flights
Share
Subscribe to our newsletter
Sign up here to get the latest news, updates and special offers delivered directly to your inbox.
You can unsubscribe at any time

Sack us if you can, Teachers rebuff El rufai’s threat