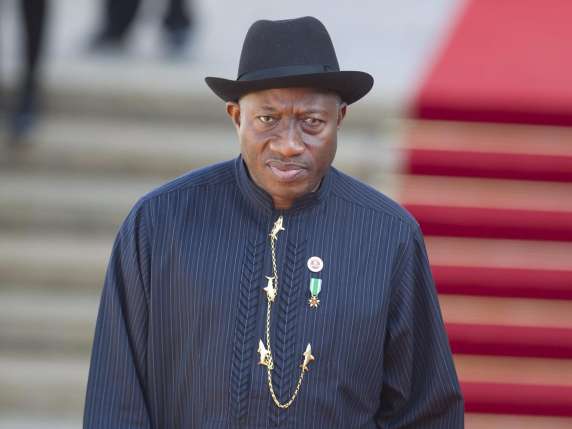 The Federal High Court in Abuja on Wednesday gave the court bailiff five days to serve former President Goodluck Jonathan with the subpoena compelling him to appear in court with respect to the trial of a former National Publicity Secretary of the Peoples Democratic Party, Olisa Metuh. The court also ordered the counsel prosecuting Metuh, Mr. Sylvanus Tahir, to persuade the Economic and Financial Crimes Commission to explore administrative means of ensuring that the Department of State Service produced the detained former National Security Adviser, Col. Sambo Dasuki, in court on October 31. Upon applications by Metuh, the court had issued two separate subpoenas on Jonathan and Dasuki, compelling them to appear in court on Wednesday.

Justice Abang, earlier said “I have no option other than to sign a subpoena to compel former President Goodluck Jonathan to appear in court on September 25, 2017 (Wednesday) to give evidence at the instance of the first defendant.”

JonathanJustice Abang
Share
Subscribe to our newsletter
Sign up here to get the latest news, updates and special offers delivered directly to your inbox.
You can unsubscribe at any time

Rumble In NIMASA Over Sack Of Professionals