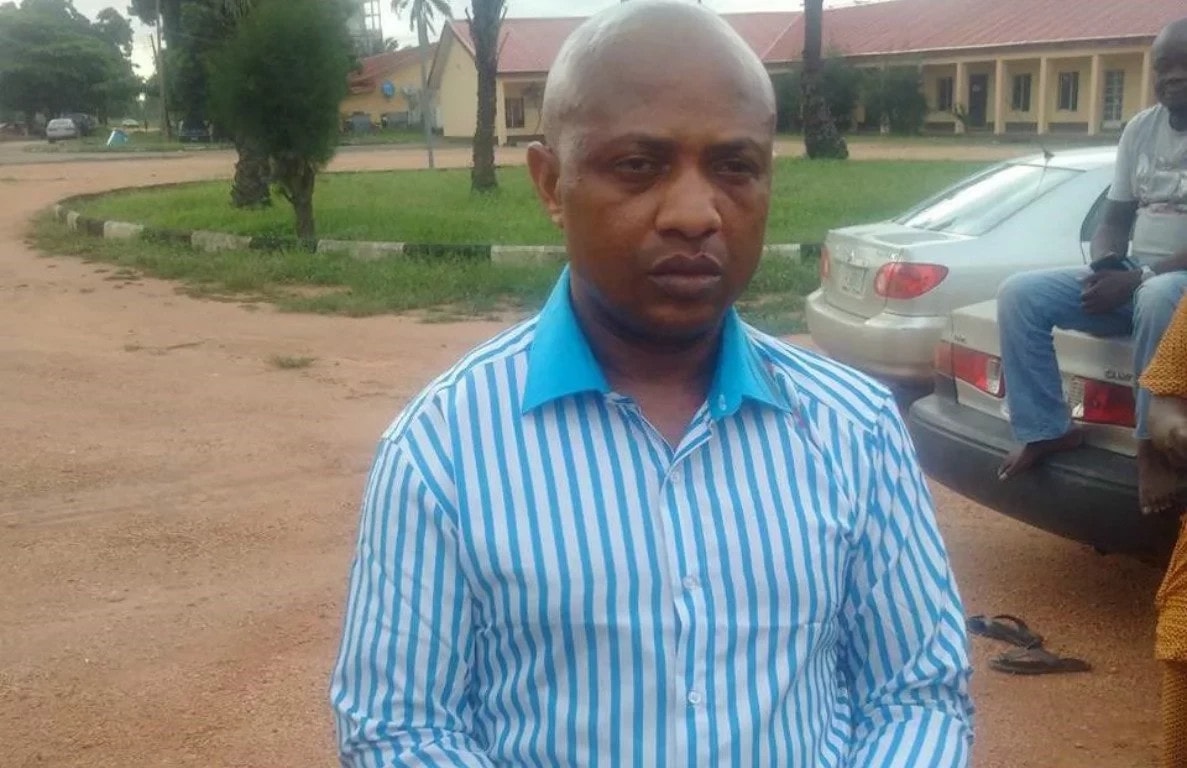 The arraignment of alleged kidnap kingpin, Chukwudumeme Onwuamadike a.k.a Evans at an Igbosere High Court in Lagos Island on fresh charges, was on Monday temporarily stalled as his lawyer brought an application seeking to quash the charges.

The Lagos State Government had slammed the fresh charges on Evan, who was hauled up before Justice Oluwatoyin Taiwo over alleged attempt to kidnap the Chairman of the Young Shall Grow Motors, Mr Vincent Obianodo.

Following the application, the judge fixed Evans’ arraignment for Oct. 27.

Evans, who was arrested on June 10, was brought to court alongside other defendants.

In the first charge, Evans was docked with one Victor Aduba on a four-count charge bordering on conspiracy, kidnapping and unlawful possession of firearms.

They were accused of conspiring and kidnapping one Sylvanus Hafia.

In the second charge, Evans was docked with three other defendants — Joseph Emeka, Chiemeka Arinze, and Udeme Upong.

When the case came up on Friday, the courtroom was packed with a battery of reporters, lawyers and armed security men.

Counsel to Evans, Ogungbeje, told the court that the charge was only served on him this morning and objected to the arraignment of the defendants.

“We got a wind that our client will be arraigned this morning; so, we brought a motion challenging the competence of the charge based on the issue of jurisdiction,” Ogungbeje said.

The lawyer also said that the Prosecutor, Ms T. K. Shitta-Bey, the State Director for Public Prosecutions, had replied his motion on notice with a counter-affidavit.

“It is also a settled law that when an application challenging seeking to quash a charge is brought, such application should be taken first before any arraignment because when plea is taken, it means trial has started.”

The counsel to other defendants, Mr Emmanuel Ochai and Mr Ogedi Ogu, however, did not object to the arraignment of the defendants.

Ochai said: “We were served with the charge this morning, since we are seeing the charge for first time, we do not wish to join issues, we live it at the discretion of the court.”

The prosecutor, however, earlier told the court that the business of the day was arraignment of the defendants.

Shitta-Bey said the charge was served personally on the defendants on Aug. 28, adding that it was in compliance with the provisions of Section 87 (1) Administration of Criminal Justice Law, Lagos State.

She said the application seeking to quash the charge should not be allowed.

“The application is not ripe for hearing, we were only served on Friday evening Oct. 20, we have diligently replied by filing a counter-affidavit.

“It is my humble submission that the business of the day be allowed to go on.”

Shitta-Bey, afterwards conceded to the defendant counsel’s argument and said that the pending applications should be heard first.

The judge, consequently, adjourned the case until Oct. 27 for hearing pending of applications.

The lawyers to the defendants, however, declined press interview after the short proceedings.
Evans had on Oct. 19 at an Ikeja High Court made a U-turn as he entered a plea of `not guilty’ as he was re-arraigned on a two-count amended charge of conspiracy and kidnapping.

On Aug. 30, Evans had at his arraignment pleaded guilty to the charges, while other alleged accomplices — Uche Amadi, Ogechi Uchechukwu, the only female defendant, Chilaka Ifeanyi and Victor Aduba — denied the charges.

They were charged with the kidnap of Mr Donatius Duru on Aug. 30.

The punishment section in the second count of amended charge was changed from Section 271 (3) of the Criminal Law of Lagos State to Section 2(1) of the Kidnap Prohibition Law of the Laws of Lagos 2017.

According to the prosecution led by Ms. P.K. Shitta-bey, the State Director of Public Prosecutions (DPP), Evans and his accomplices committed the offence of conspiracy at 7.45 p.m. on Feb. 14 on Obokun Street, Ilupeju, Lagos.

The prosecution said the defendants between Feb. 14 and April 12 at Obokun Street, Ilupeju, while armed with guns and other dangerous weapons, captured and detained Duru.

The defendants allegedly collected a ransom of 223,000 euros for the release of Donatius.

Before the amended charges were read to the defendants, Mr Olukoya Ogungbeje, the counsel to Evans and Amadi had opposed the reading of the charges to them.

EvansKidnapperLagos
Share
Subscribe to our newsletter
Sign up here to get the latest news, updates and special offers delivered directly to your inbox.
You can unsubscribe at any time