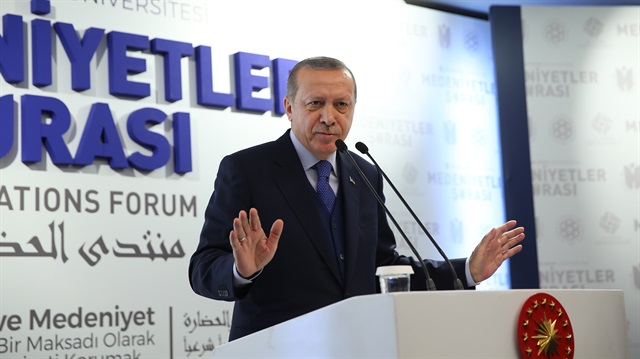 Turkish President Recep Tayyip Erdoğan said on Saturday the U.S. could not be called a civilized country after arrest warrants were issued for his security guards following incidents in Washington D.C.

“If America issues arrest warrants for my 13 bodyguards in a country where I went upon invitation, I’m sorry, but I will not say that country is civilized,” Erdoğan said at the Civilizations Forum at Ibn Haldun University in Istanbul.

“What do they call America? The cradle of democracy. Such a thing cannot be a democracy and its name cannot be democracy,” he said.

On June 15, the U.S. issued arrest warrants for 16 people including Erdoğan’s bodyguards allegedly linked with a brawl outside the Turkish embassy in Washington during the Turkish president’s visit in May.

The president said he and his security team faced threats during his visit. “They [security guards] took measures for us. And even two of them [guards] were not even there. Can there be such justice?” Erdoğan said.

“Muslims in America are facing expulsion so it means there is a problem in the country,” he said.

“We have not closed the doors to people of different thoughts. We believe human beings are worthy of respect and honor. It appears that this is not the case in America, and the current situation is troubling,” Erdoğan said.

Father Of Nine Killed By Wife At Johns Hopkins Hospital