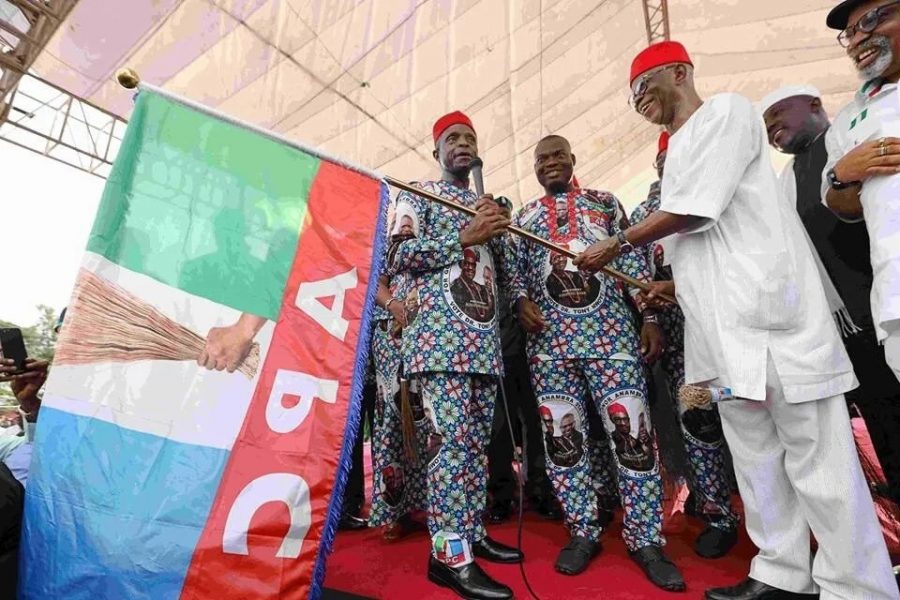 “The APC government is a government that will do everything it has promised. We are not making promises for nothing, he said at the flag off the campaign of its candidate for the November 18 election in Anambra State, Dr. Tony Nwoye.

‘In fact, I am being reminded that just two days ago, the Sovereign Wealth Fund paid N2billion for that same project. (Sum paid to the contractor Julius Berger for early works) We will definitely see our second Niger Bridge, we will not make promises we cannot keep.’

“When we were talking about railways, Lagos – Calabar railway, under the old administration, I will not mention them by name, they said Lagos will go to Calabar, there was no connection to the Southeast. ”

“It was when President Muhammadu Buhari came, that we re-designed the Lagos – Calabar, in order to pass through Onitsha in the first place. That new design is what we also have- the Port Harcourt – Maiduguri railway, which has a connection to Umuahia, Owerri, Enugu, and Awka. So we will not make promises we cannot keep, we will keep our promises.”

“This State was the first to receive our Home-Grown School Feeding Programme, we gave this State money first for that programme. And we have already in 807 schools, here in Anambra State, fed young children in primary schools. We have over 103,000 children that are already being fed here in Anambra. The school feeding programme is an APC programme and we have engaged over a thousand cooks.”

“Also, we have our N-Power programme for young graduates. Already we have employed 4,518 young graduates and we intend to increase the number. We will not make any promise we cannot keep.”