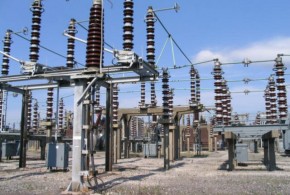 The House of Representatives will investigate $2 billion of foreign loans which the Transmission Company of Nigeria (TCN) may have raised without official approval, lawmakers said on Wednesday.

Nigeria privatised most of its power sector in 2013 but retained control of the dilapidated monopoly grid operator, the Transmission Company of Nigeria (TCN).

Simon Arabo, a member of the House of Representatives, said in a motion that the TCN had borrowed $1.5 billion from the World Bank and other international lenders without securing the approval of both houses of parliament as required.

He described the grid operator’s contract processes as opaque and said they may violate procurement laws.

Arabo did not name the other lenders but said TCN is currently negotiating another loan of $500 million with the Islamic Development Bank.

Lawmakers agreed to investigate the activities of the TCN over the past 10 years in respect of foreign loans and contract awards and to report their findings within eight weeks.

The Day in Pictures: President Buhari and Recep Tayyip Erdogan.