Count Me Out: Osinbajo refuses to be considered for 2019 presidential bid 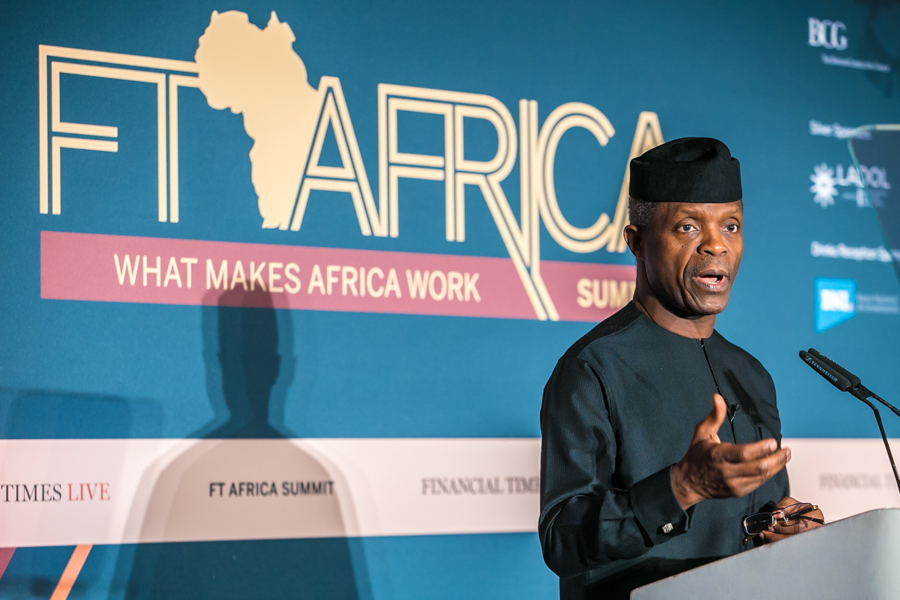 [dropcap]V[/dropcap]ice President Yemi Osinbajo, on Monday said he had not given any thought to contesting the country’s next presidential election in 2019. 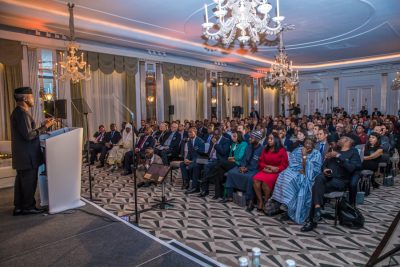 Asked at the FT Africa Summit in London if he had considered running, Osinbajo said he hadn’t thought about it, adding: “None of that is on the cards”.

The vice president used the opportunity to end speculation Monday that he may be a late entrant into the APC race for president.

“”None of that is on the cards, Osinbajo maintained. 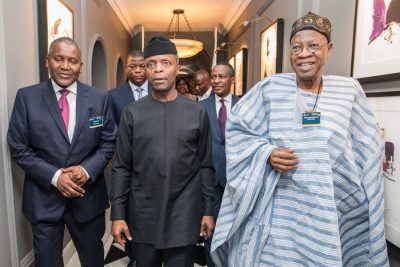 The Vice President said Nigeria had lost as much as 1 million barrels per day (bpd) of oil production last year amid militant attacks on oil and gas infrastructure. He also informed the audience that militants in the oil-producing Niger Delta region no longer posed a significant threat to oil production.

Osinbajo also said that Nigeria needed to diversify its oil-dependent economy and take advantage of the resource while it was still in high demand. 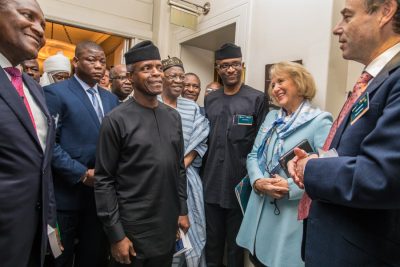 “We don’t have all the time in the world with oil,” he said. “We have to use oil while it makes sense to do so.”

Speaking to a global audience made up of international business leaders, investors, public sector officials, media gurus and intellectuals, the Vice President noted that ‘the outlook going forward is quite positive based on improvements in oil prices and production and the trend of leading indicators such as positive purchasing managers indices, a revived stock exchange and increasing foreign exchange reserves.

Highlighting some of the efforts of the Buhari Presidency in agriculture and power, the Vice President drew attention to the significant progress achieved in the ease of doing business initiative of the Federal Government stating that “in the first stage, reforms were introduced under a 60-day national action plan focused on eight areas that make it easier to register businesses, obtain construction permits, get credit, pay taxes, get electricity, trade across borders, facilitate entry and exit of people and register property.”

Continuing, Prof Osinbajo said “practical examples of success include leveraging the use of technology to fast track business registration and payment of taxes, a functioning, tried and tested 48-hour electronic visa procedure, and an Executive Order mandating greater transparency and efficiency across all government agencies. The reforms have led to reduction in cost and time, as well as greater transparency for small and medium sized enterprises in particular.”

“Following the 70% success rate achieved in the first phase of the ease of doing business reforms, we recently embarked on a second national action plan which will have 11 areas of focus and will run for 60 days from October 2017,” he added.

The Vice President equally noted that Nigeria is an investor’s delight because of the opportunities which the Nigerian economy offers, specifically emphasizing that “the opportunities are enormous indeed.”

He added that the Buhari administration is “nevertheless determined and optimistic that Nigeria will along with the rest of the continent bring about an Africa that works for all its people and contributes to global growth and prosperity.”

Osinbajo has helped shape some aspects of the administration’s agenda, establishing strong professional rapports with the the president and collaborating on shared policy visions.

“We’ve never had that between a sitting president and a vice president in recent times, one where the friendship and familiarity factor was sky-high,” said Alhaji Abdul Ibrahim, a Kaduna APC chieftain.

Baru To Kachikwu; I don’t need your approval to award contracts