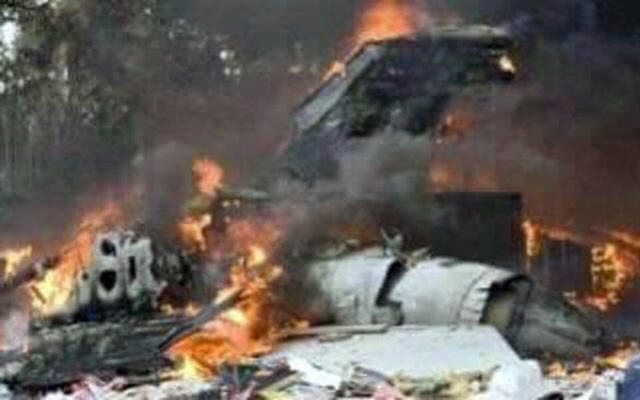 It was unclear how many crew members were on board.

Government and military officials could not immediately be reached for comment.

“There was a crash of a cargo plane. It’s a military plane,” George Tabora, the director of Kinshasa’s N’djili Airport, said.
“It wasn’t transporting passengers. The crew did not survive the crash.” An agent at Congo’s aviation agency, speaking on condition of anonymity, said the plane was an Antonov 12 destined for the eastern city of Bukavu.

It failed to take off properly from N’djili and crashed into the surrounding neighbourhood of Nsele, he added. It was not immediately clear if anyone was killed or injured on the ground.

Air accidents are relatively frequent in Congo due to lax safety standards. All Congolese commercial carriers are banned from operating in the European Union.

CongoPlane
Share
Subscribe to our newsletter
Sign up here to get the latest news, updates and special offers delivered directly to your inbox.
You can unsubscribe at any time

O.J. Simpson freed on parole after nine years in jail