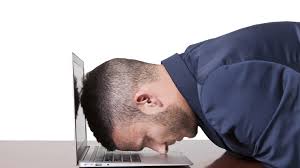 [dropcap]S[/dropcap]leep deprivation is associated with a number of serious diseases, according to an expert.

This “catastrophic sleep-loss epidemic” causes harm to your biology, Matthew Walker, director of the Center for Human Sleep Science at the University of California, Berkeley.

“It sinks down into every possible nook and cranny. And yet no one is doing anything about it. Things have to change: in the workplace and our communities, our homes and families.”

Despite the threat posed by sleep deprivation, it’s not being taken seriously by politicians and employers, he said.

“No aspect of our biology is left unscathed by sleep deprivation,” Walker said.

“If you’re not wide awake and alert all day long from the sleep you got last night,” says Dr. Maas, then you’re suffering from some degree of sleep deprivation, says says James Maas, Ph.D., former professor and chair of psychology at Cornell University and author of Sleep for Success.

And trying to fix the problem by adding extra hours to your snooze schedule on weekends can actually do more harm than good by messing with your circadian rhythms. “Your body never knows when to shut down,” Maas explains.

Features of modern life such as long commutes, increased melding of work and personal time, electric lights, and too much time in front of televisions and computers contribute to sleep deprivation, defined as less than seven hours of sleep a night.

A lack of sleep has been linked to a number of diseases, including cancer, diabetes, heart disease, stroke, Alzheimer’s disease, obesity and poor mental health, the Guardian reported.

1. Your brain: If you’re sleep deprived, your mind slows down. A lot. Be prepared that the quality of your work may slide without rest. “There’s a reduction in the ability to concentrate, to make critical decisions and process information,” says Maas. “Memory is also affected—sleepy people are often forgetful too,” says Dr. Neil Kline, a representative for the American Sleep Association. It also becomes more difficult to take in new information, speak or write well and to think creatively. “Basically, you don’t have your A-game with you,” says Maas.

2. Your mood: You probably know from experience that a lack of sleep causes mood instability.  Specifically, it causes irritability and a loss of enthusiasm, says Kline. Anxiety is also likely to be higher after periods of sleep loss, says Maas.

3. Your appetite: “When you’re sleep deprived, you overeat,” says Josiane Broussard, Ph.D., researcher and assistant professor at the University of Colorado at Boulder. After a poor night’s sleep, your levels of ghrelin, a hunger-promoting hormone, are altered, with its levels increasing after meals. In other words, even when you’ve already eaten, you’re still hungry). On top of that, you’re not making great food choices when you do eat. “You’re more likely to go for high-carbohydrate, sugary foods,” says Broussard, instead of cleaner choices, like produce.

4. Your workout: Good luck getting in a solid sweat session if you haven’t slept well. “Sleep deprivation impairs physical performance and response time, and the pain threshold is reduced,” says Kline. Your form can also suffer, since your motor skills will also be impaired. (And we know form is key in everything from yoga to spinning.) If you do work out the day after a bad night’s rest, try to do so after 4 p.m. — the morning hours are the peak time for these delayed reactions, explains Maas.

5. Your immune system: “Sleep loss is cumulative,” says Maas. That means over time, it can cause a decrease in your ability to fight off infection. “So you might not notice tomorrow, from a short sleep last night, but after a few days you’re going to start to notice—you’re going to get sick. And if you’re sleeping six hours or less a night the whole week, you are going to be just as horribly off as someone who has pulled an all-nighter,” he says. Plus, Broussard found that one night of no sleep was just as detrimental for insulin sensitivity, a key predictor of type-2 diabetes, as six months on a high-fat diet. “What we found which was so shocking was that the effects of one night [of no sleep] were pretty much the same [as the high-fat diet], the number one risk factor [that can cause type-2 diabetes],” Broussard says.

Sleep Deprivation
Share
Subscribe to our newsletter
Sign up here to get the latest news, updates and special offers delivered directly to your inbox.
You can unsubscribe at any time