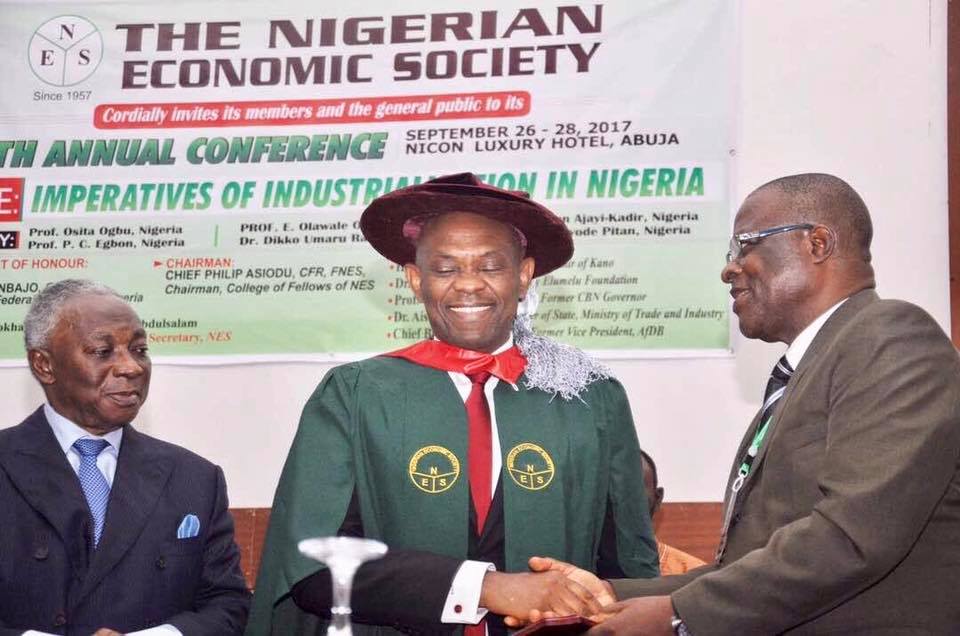 By Victoria Ayuwei—–For his significant contribution to economic thought and knowledge, the prestigious Nigerian Economic Society (NES) Tuesday honoured Mr Tony Elumelu with a distinguished fellowship of the Society.

“As an Economist, being recognised by the paramount national society for my profession feels both exciting and fulfilling, said an elated Elumelu.

“NES has done immensely well – it is one of the leading intellectual organisations in the country and has produced some of the most insightful research on economic policy – but as I said to them today, the world is fast changing, thus we must rethink the intent and purposes for which the Society was set up 60 years ago.”

“The NES should be more actively involved in shaping and creating a similar platform – through the National Assembly, INEC or the media – that ensures that those who want to lead us must engage in economic debate. It will encourage those vying for office to read available economic research and findings, and prepare a clear-cut agenda. When we begin to have enriched conversations on the economy, then Nigerians can make more informed decisions in chosing those who lead us.”

“To move forward, our leaders must pass progressive laws. There is so much we can unleash with such enabling policies.” 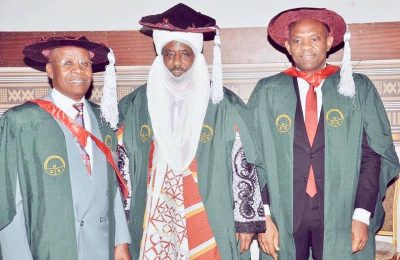 “We need to rethink how we are shaping and intervening in policy. Are we simply researching and analysing or are we following through to make sure that our work is being read, people are listening to it and that we are more active in ensuring the implementation of our policy recommendations?

“Why does this matter? It matters because we have all seen that economic progress is imperative for national development. In the United States, each major Presidential candidate must engage in debate to discuss the economy and what each candidate and his/her party promises to offer the country. Such debates at the highest levels not only mandates each candidate to have a feasible economic roadmap for the country, but also provides a platform where these agendas can be debated, refined and improved upon!

“Conducting and producing research is one thing but by far the most important aspect is implementation. We should hold our law makers more accountable in passing pieces of legislation that will drive economic and social development. Indeed, there are a variety of low hanging fruits that we can easily achieve as a country by legislating appropriately and timely. We won’t succeed without the right policies backed by legislation and due implementation.” 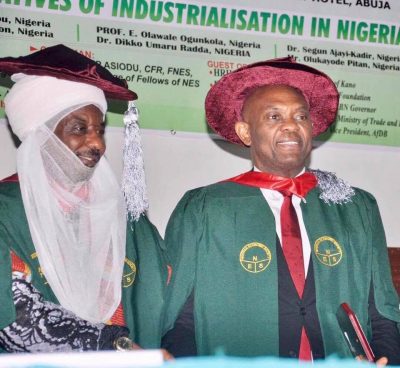 The Nigerian Economic Society (NES) was formed in 1957 by Nigerian scholars as a united platform for Nigerian Economists and allied Social Scientists to provide intellectual leadership in the process of understanding and managing economic, social and political change in Nigeria.  One of the objectives is to stimulate public interest in Economics and Social Studies, encourage the study and discussion of relevant problems with special reference to Nigeria, and provide a means of intercourse between persons interested in the fields of study.