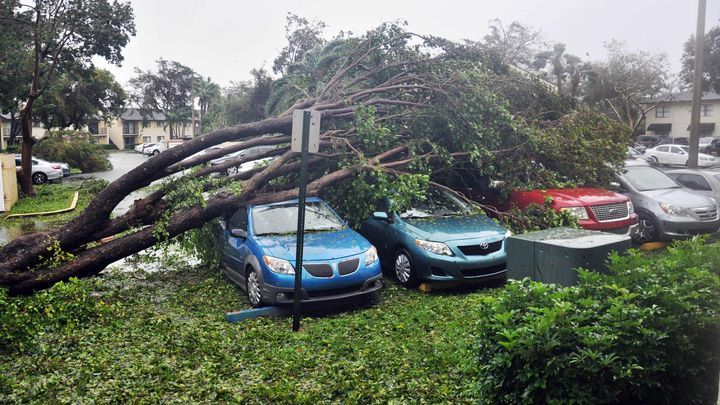 Six million people have been ordered to flee the path of the hurricane, which weakened to a Category Two storm as it churned past the Keys, but was still packing dangerous winds of up to 110 miles (177 kilometers) per hour.

There’s absolutely no way anybody can be outside right now,” Maggy Howes, a first responder on Key Haven, told CNN. “You would not be able to stand or walk.”

One of the mightiest hurricanes ever to slam the state, Irma is threatening dangerous storm surges of up to 15 feet (4.5 meters), enough to cover a house, as it collides with Florida after sowing devastation through the Caribbean.

A fallen tree crashes atop a row of cars on Sept. 10, 2017, in Miami, Fla. Michele Eve Sandberg, AFP/Getty Images