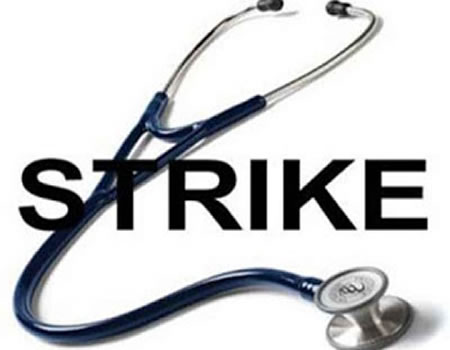 Workers’ strikes involve the collective withholding of labour/services by a group of workers for the purpose of extracting certain concessions or benefits and are usually intended for the economic benefits of the strikers.

In Nigeria, the law allows all workers to form or join unions, with the exception of members of the armed services, the police force, firefighters, Central Bank employees and customs and excise staff.

While the first recorded strike action in history took place during the reign of Ramses III in the twelfth century BC, health workers’ strikes have remained commonplace throughout history as well as in Nigeria. The first nationwide strike by the organized workforce in Nigeria was on 21 June 1945 by about 150 000 clerical and non-clerical workers in the Nigerian civil service, demanding better wages in response to the rising cost of living brought about by the Second World War.

The impact of these strikes is worst when they occur at periods of National Health emergencies such as the Ebola viral disease outbreak, Lassa fever or cholera outbreaks or even man-made emergencies like Boko Haram suicide bombings with mass casualties.

Reasons abound why healthcare workers go on strike in true underlying causes of industrial action Nigeria, and these include career stagnation, perceived discriminatory policies and demoralization from working in systems with poor infrastructure, manpower shortages and poor personal remuneration.

However, in recent times, there has been a division of opinion on pinpointing the true underlying causes of industrial action.

The main aim of medical practice is to save life, preserve, promote and manage health. It is generally understood that health workers should always desist from harming their patients and their actions should always be in the best interest of the patient.

On the other hand health workers that are employed on agreed remuneration packages have the right to be paid and they have the right to express dissatisfaction and protect themselves from unfair treatment and exploitation.

However their own rights are limited by their responsibility to save life and promote health as laid down by the medical profession’s code of conduct. It is suggested that there is a need to do a thorough risk benefit assessment, before health personnel decide to embark on strike. Is the strike in the best interest of health care delivery system? Patients ought to be notified and be given prior warning about the strike, so as to minimize harm. The Constitution of the Republic of Nigeria recognizes that workers should be fairly remunerated and the provision for strike is enshrined. Just because a thing is legal is not necessarily that it is ethical in all circumstances.

When two rights are in competition or conflict, as was in this case, the right to be adequately remunerated and right for the healthcare the impasse could be solved by resorting to what we call re-evaluation of moral values. Not all-moral values have the same weight and scope; there is hierarchy of ethical norms and principle. Although moral values are hierarchical in nature, they are intermingled. For example, the right to life does not have the same weight as the right to privacy. Therefore the right to health care (and implicitly life) on the part of the patient may be considered overriding the right to better remuneration of health care workers. This is not a universal perception among health workers and it is a matter of controversy in many circumstances.

In the context of a strike, one should ensure not undertake anything that could result in causing harm directly or indirectly to the patient. Any struggle undertaken by medical personnel that violates patient right to health is unethical.

The struggle should be centered at improving overall working conditions and environment in the hospital. The problem with this understanding is that it is almost impossible to stage a strike which is not painful and does not hurt the patient as such would in essence defeat the whole effect of the strike. One could rightly argue that, the only ones who could better defend the plight of the patient are the health workers. If they forsake their patient who can then defend them?

The duty and responsibility to protect life is among the first in hierarchy of values. Hence in a strike an attempt should be made to leave a skeleton staff. Some might say this could undermine the effectiveness of the strike. Others might argue that the absence of a skeleton staff could undermine the integrity of the health workers involved in the strike. It might also be argued that to put in place a skeleton staff could do more harm to the patients than good, because the small and less motivated staff could exhibit negligent behaviour being induced by over work, fatigue and stress but also carelessness.

If the government and regulatory services say that it is unethical for medical personnel to strike, because medical service are in category of special services, where and how can the health personnel express their grievances when they discover that their professional services and good will are being abused in the name of professional ethics? If their work is crucial in our society, why do society not give them what is due to them?

The question before us is this: Is it ethical for health-care providers to go on strike? Taking the virtue ethics approach, we would ask whether going on strike is an action that a virtuous Nurse/Physician/Surgeon/Health – care worker would take.

There is concededly a limited circumstance in which a strike may be primarily for the purpose of something other than the benefit of the patient (such as for individual compensation) while still being ethical. In such a circumstance, the striking individuals must have preemptively ensured that patient care would not be negatively impacted by the strike. If such assurances have not been made before the strike, then the decision to strike would be ethically wrong because a strike presents a risk of harm to the patient.

If the purpose of the strike satisfies the first prong of the value ethics framework – that is, if it is entirely or substantially for the benefit of patient – then the second question is whether the provider has exhausted all other avenues of negotiation before resorting to the strike.

Because of the potential harms to patients that could be caused by striking, a virtuous provider must first exhaust all other avenues of negotiation that do not present such a risk. Some have advocated for the use of the symbolic 24-hour strike, which raises public awareness of the dispute, but has arguably fewer potential negative consequences for the patients due to its short duration. Another less drastic device to raise awareness of working conditions is the picketing protest, which may last anywhere from one hour to several.

Part of the power of the worker strike lies in the potent message that the system cannot function without those workers. There is a widespread stigma among workers toward the replacement workers who are hired during a strike, pejoratively called “strike breakers,” as these replacements diminish the message of the strike. However, any efforts by the striking workers to impede the ability of replacement workers to care for patients effectively contravenes any notions of virtue.

No one can reasonably argue that health care providers do not deserve fair terms of employment, nor can it reasonably be disputed that the treatment of the sick and the infirm should always be paramount for those charged with their care. The failure of a hospital or other health-care institution to act ethically (by unfairly or inadequately providing for its employees) cannot be corrected by serving injustices to patients. Only when the benefit of the patient is the ultimate goal, and only after all other avenues of negotiation have been exhausted, can health-care providers ethically leave their patients’ bedsides to go on strike. If we as a society allow those who care for our sick to abandon their oaths and their duties any more readily than this, then we too have abandoned our sick.

Strike option has been indiscriminately used by unions in the medical field to press home their demands. This is most unfortunate because it shows lack of sympathy. I know the unions talk about human rights, but people also have the right to good medical care. And we have to understand that health is an essential service. You might say government has not given you enough money today. But if tomorrow, government gives you the money, how about the lives that have been lost during your strike? Who gives them back their lives? I think going on strike in hospitals is fundamentally wrong, we have to change the perception. Strike is a way to make government reason about workers’ demands, but there are other means. In fact, it must be after every other option has been exhausted that workers should go on strike. And, ideally, they are not supposed to go on strike when you check the Trade Dispute Act. Any worker that is on essential service cannot go on strike. Unfortunately, things have really degenerated badly. But be that as it may, we should look at the larger perspective, that is, the patient. The people are dying for a fault that is not theirs. I think it is important for us to have a rethink about going on strike in our hospitals.

The strike is uncalled for. There is still the need for a better understanding, patience and dialogue. I do not think the solution is to embark on a strike now when we know that the government is trying to construct the right platform for everybody to do their job. So, I believe a strike is premature now. Strikes, no doubt, have caused a lot of damage in the medical system.

In fact, they have even caused more damage than what the Resident Doctors are trying to fight for. Nigerians are the ones suffering, especially the underprivileged who cannot afford alternatives by going to private hospitals.

What they are fighting for is being worked out. It is patience that we need basically. The solution to getting things done is not by embarking on a strike; it is by talking. There is no limit to patience. I even believe that some of the demands are things that had already been programmed to be done in 2017.

It is the Doctors that need to show more trust. The employees must trust the employer. We must know that we are all working for the betterment of Nigerians. Everything is reciprocal. While the government is playing their own part, the employees also have a role to play in some of the challenges. But most importantly, everybody should be patient and do more of advocacy and dialogue

Adewole Kehinde is the Publisher of Swift Reporters based in Abuja. kennyadewole@gmail.com