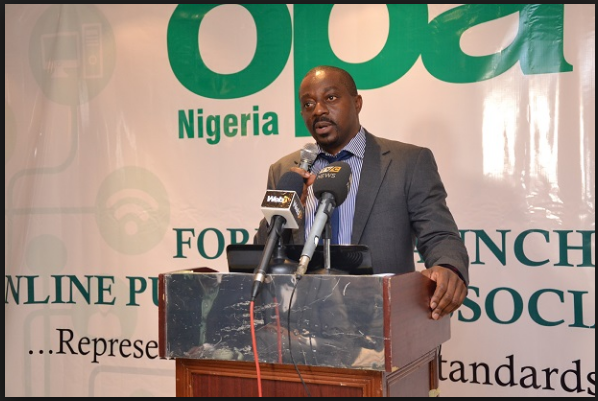 The Online Publishers Association of Nigeria (OPAN), Nigeria’s premier association of digital and internet publishers, has announced the election of a new executive.

The new executive will run the affairs of the group for the next two years following the lapse of the tenure of the past executive led by Mr. Femi Awoyemi.

A statement by OPAN on Tuesday said members of the association at its meeting on Monday unanimously elected Prince Austyn Ogannah, the publisher of THEWILL news as its next President, while Mr. Emmanuel Asiwe of Huhuonline was elected Vice President.

In his handing over remarks, Awoyemi said it was an honour to serve as the pioneer president of the association and thanked all for their support during his tenure.

Awoyemi said: “It was a privilege to serve as pioneer president of this association and I want to thank members of the executive that worked with me to ensure that we met our mandate.”

Ogannah, who until his election had served as Vice President, in his speech thanked members of OPAN for the mandate given him to lead the group and assured members and the new exco of effective leadership.

“Today, I receive the baton of OPAN presidency with humility and dedication to duty.

“OPAN under my leadership will meet all the targets we have set forth through God’s grace and mercy.

“The new executive committee will work even harder as a team as we continue to push for a self-regulated, transparent, fair, credible, reliable and well-structured Nigerian internet news and media publishing space.”

OPAN, Nigeria’s premier association of digital and internet publishers, is modelled after best international standards and affiliations; Formed to meet the needs of the Nigerian media market, it aims to deliver a web-based ‘self-regulatory’ service that is founded on global best practice.

The mission of OPAN is to advance the policies of high-quality online publishers before the Advertising Community, Corporate Organisations, the Press, Governments and the public.

OPAN will help provide high level of standard reporting online and will help its members fairly compete in the marketplace for advertising services, online crisis/issues management for both corporate & individuals and will act as a voice for online users to clearly understand the contributions of quality publishing to public discourse.

OPAN
Share
Subscribe to our newsletter
Sign up here to get the latest news, updates and special offers delivered directly to your inbox.
You can unsubscribe at any time