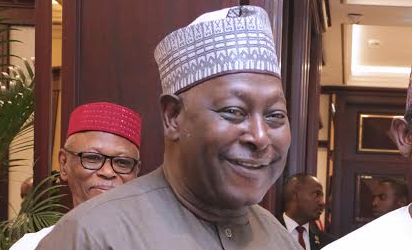 [dropcap]P[/dropcap]resident Muhammadu Buhari is set to announce that the administration is pursuing disciplinary action against suspended  secretary to the federal government Babachir Lawal.

Per Second News gathered that the suspended SGF has been accused of recycling contracts worth millions of Naira, according to documents compiled  and made available to the three man committee set up by the president to investigate allegations of violations of law and due process made against the SGF in the award of contracts under the Presidential Initiative on the North East, PINE.

A presidency source alleged that funds were made available to the former SGF for the execution of some contracts, the source said despite receiving the money, the SGF did not execute the contracts, and instead months after resubmitted the contract for the president’s approval.

A curious Buhari called the attention of a powerful aide who also unofficially acts as his principal secretary to shed more light on the contract. The powerful aide who recently got married revealed that payments had been made for the project.

An official in the know says allegations of corruption and maladministration have damaged the integrity of  Babachir Lawal, who is also known for his anger, embarrassment, and a relentless disdain for officials, and some ministers in the Buhari cabinet.

” Stop laughing, go and give Nigerians fuel, he once shouted at the minister of state for petroleum, Dr Ibe Kachikwu,    at the villa after a FEC meeting in front of cabinet members.