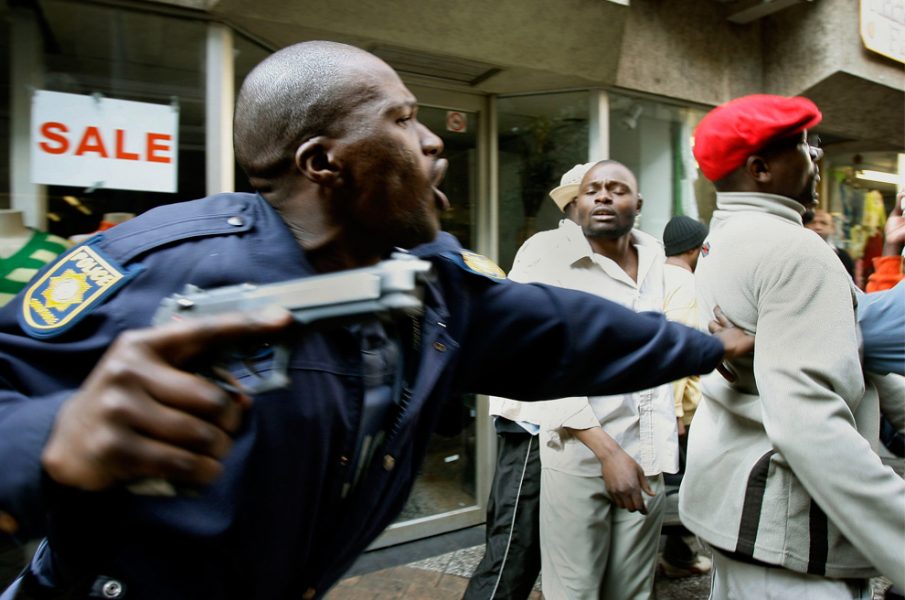 [dropcap]T[/dropcap]he death of Kingsley Ikeri, the 27 year-old business man and Nigerian citizen who was  killed last week by South African police, was strongly condemned by the Presidency in a press statement by Abike Dabiri-Erewa, Senior Special Assistant to the President on Foreign Affairs and Diaspora.

“The barbaric behavior of the perpetrators is not only unacceptable, but also calls for urgent attention by diplomatic authorities in Nigeria and South Africa”, she said.

Dabiri-Erewa said the killing of Kingsley Ikeri, another member of the Nigerian Union in that country at Vryheid town in Kwazulu Natal Province of South Africa on Aug. 30 was one death too many.

She said in spite of all diplomatic talks between Nigeria and South Africa to put an early warning signal in place, “it doesn’t seem to be working”.

Dabiri-Erewa had in February during a meeting in Abuja with South Africa High Commissioner, Mr Lulu Louis Mnguni said a total of 116 Nigerians have been killed in South Africa through extrajudicial means in the last two years.

Seven in 10 of the killings were carried out by the South African Police.

Dabiri-Erewa described the latest extra judicial killing of another Nigerian in South Africa as ” worrying and condemnable”.

She said that the latest gruesome killing of Ikeri by the Police in South Africa, is”unacceptable to the people and government of Nigeria”.

She noted that the latest killing had increased the number of Nigerians killed in South Africa through extrajudicial means in the last one year.

Dabiri-Erewa urged the South African government to ensure that justice prevails by carrying out investigation and bring the culprit to book.

NigeriaPoliceSouth Africa
Share
Subscribe to our newsletter
Sign up here to get the latest news, updates and special offers delivered directly to your inbox.
You can unsubscribe at any time

Caging the Demagogues in Our Political Space

Buhari says Nigerians have the constitutional right to live, work in any part of the country