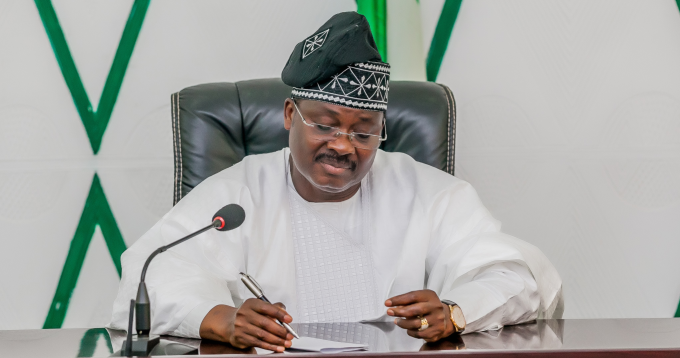 “Governor Abiola Ajimobi will go down in history as a governor who because of cultural ignorance or should we political sentiment has deliberately destroyed the 167 years of Ibadan tradition following the conferment of Obaship on 21 chiefs by Oyo state,said Adeshina Akinpelu, a Yoruba group, Ibadan Maja Maja Group (IMMG).

According to him, Ibadan had an established system of succession that is not only unique but is different to what obtains in other Yoruba towns.

“Since 1850, Ibadan had established an unusual succession principle, which is quite different compared with other traditional Yoruba rulers because it alternates between two lines. Any potential candidate for Olubadan stool goes through stages of chieftaincy promotion, thus meaning that just about any male born title-holder of the metropolitan center is a potential king. That is why ascension to position of Olubadan is devoid of any rancour or crisis.”

“And for our dear governor to have not only reviewed the system but also conferred Obaship to chiefs and accelerated crowning ceremony despite two pending court cases smacked insincerity and also showed that the Governor has no regards for the judiciary. Unfortunately, this is capable of causing crisis and disunity among Ibadan sons and daughters. The action of Senator Abiola Ajimobi is one capable of
disrupting the peace that is prevalent in Ibadan and its environs.”

He added: “The entire members of Ibadan Maja Maja Group, (IMMG), both home and abroad believe that there is no real Ibadan indigene who would dare venture into a tradition that has been in existence for 167 years.With this action coming from our Governor; it is very important for us as real Ibadan indigenes to launch an investigation into the indigeneship of Senator Abiola Ajimobi. The reason is that, no real or true Ibadan indigene would ever venture into a tradition that is naturally self-reformed.”

Akinpelu who challenged the governor to show proof that he is truly an indigene of Ibadan.
“As youths and members of Ibadan Maja Maja Group, (IMMG), both home and abroad, we challenge Governor Abiola Ajimobi to make public the name of the village (ancestral root) where his forefathers came from.

For those of us who are real Ibadan indigenes, we have our villages (ancestral root) before coming to have compounds within Ibadan. And from the fact at our disposal, the Governor does not have a village
(ancestral root) and that his forefathers were not sons of the soil but settlers. And if our dear Governor thinks this is not true, he should make public historical proof of him being the true son of the
soil.”