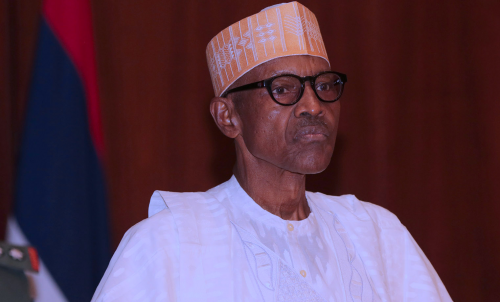 President Muhammadu Buhari Thursday in Abuja signed nine international agreements that will strengthen the anti-corruption war, stabilize the economy and improve the security situation in the country.

“It is my hope that these Instruments will reinvigorate the anti-corruption war and check the illicit flow of funds out of our country to other jurisdictions, improve national security, food security, boost our economic and tax regimes and improve the overall well-being of our creative community,” he said.

The signing ceremony for the execution of the Instruments of Ratification for International Agreements between the Federal Republic of Nigeria and other Entities was held at the Presidential Villa.

Speaking at the event, President Buhari directed all agencies of Government with roles to play under the respective Treaties that had been ratified to ensure that they play their anticipated roles in an effective and responsible manner in order to ensure that the country reaps the full benefits of the agreements.

The President said the signing of the agreements was an important milestone in demonstrating the sovereign capacity of Nigeria to fulfill international obligations and take important steps for the benefit of the economy, security and the anti-corruption war.

“I am delighted to perform today, the duty of executing Instruments of Ratification of certain Agreements on behalf of the Federal Republic of Nigeria, pursuant to the powers conferred on me by Section 5(1) (a) and (b) of the Constitution of the Federal Republic of Nigeria 1999 (as amended) and Article 7 of the Vienna Convention on the law of treaties of 1969,” President Buhari added.

The President said the full implementation of the Agreements had been delayed due to the need by both sides to conclude their respective ratification processes.

“I am happy to note therefore, that pursuant to a Memorandum presented to the Federal Executive Council by the Honourable Attorney-General of the Federation and Minister of Justice, Council has approved the ratification of the said Agreements.

“With this sovereign act, which has been replicated in the United Arab Emirates by their responsible authorities, we are now in a position to utilize these Agreements fully to foster cooperation between our respective authorities particularly for the purpose of prosecuting the anti-corruption campaign of this Government,” he said.

Agreements on the World Intellectual Property Organization Treaty on Audio-Visual Performances and the Marrakesh Treaty to facilitate access to published works for persons, who are blind, visually impaired or otherwise were also signed.