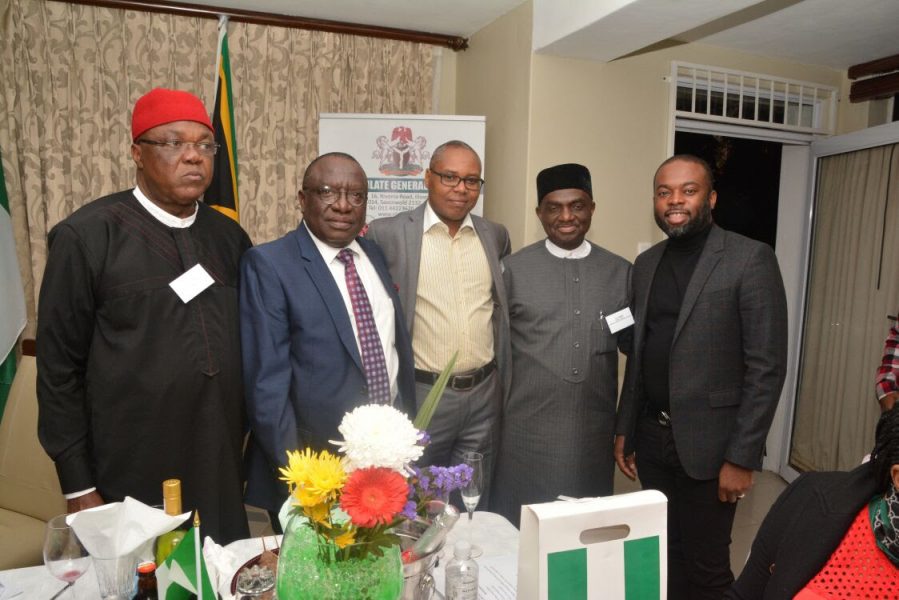 Amb. Godwin Adama, Nigeria’s Consul General in South Africa, has called on South African entrepreneurs to leverage on the non-oil sectors of the Nigerian economy for investment.

Adama said in Johannesburg that the Federal Government was focusing on the non-oil sectors in its drive to diversify the nation`s economy.

“In its current drive to diversify the economy from oil, the country is focusing on the development of the non-oil sectors such as agriculture, solid minerals and mining, and already, these are yielding interesting dividends,’’ Adama said at a media lunch in Johannesburg.

The consul general said that for instance, Nigeria had started exporting yam to four countries in commercial quantities.

“We therefore, urge South Africa entrepreneurs and investors to leverage this opportunity and spread its investment in these areas to Nigeria,’’ he said.

According to Adama, the consulate has adopted a new approach to service delivery.

“We have reduced the burden of consular charges to both Nigerians and South Africans who apply for consular and immigration services,’’ he said.

The consul general also said that the duration in the production and issuance of Nigerian passports to applicants had been drastically reduced.

“In addition to reducing the charges on Visas for intending visitors to Nigeria, the consulate now processes all visa applications within 48 hours in line with the Nigerian government directives,’’ Adama said.

He said that Nigeria and South Africa had cordial relations and commended them for their efforts in containing xenophobic attacks on Nigerians early this year.

He, however, said the Nigerian government was disturbed with the inconclusive investigations into the killings of Nigerians.

The consul general said the killing of a Nigerian in Cape Town on Aug. 16 was the seventh of such incidents that happened in a similar circumstance.

“We therefore, wish to call on the South African Government to do the needful to bring all the perpetrators of these needless killings of Nigerians in the country to immediate justice,’’ he said.

Adama called on Nigerians in South Africa to be law abiding and desist from criminal and unlawful behaviours.

EnvoyNigeriaSouth Africa
Share
Subscribe to our newsletter
Sign up here to get the latest news, updates and special offers delivered directly to your inbox.
You can unsubscribe at any time