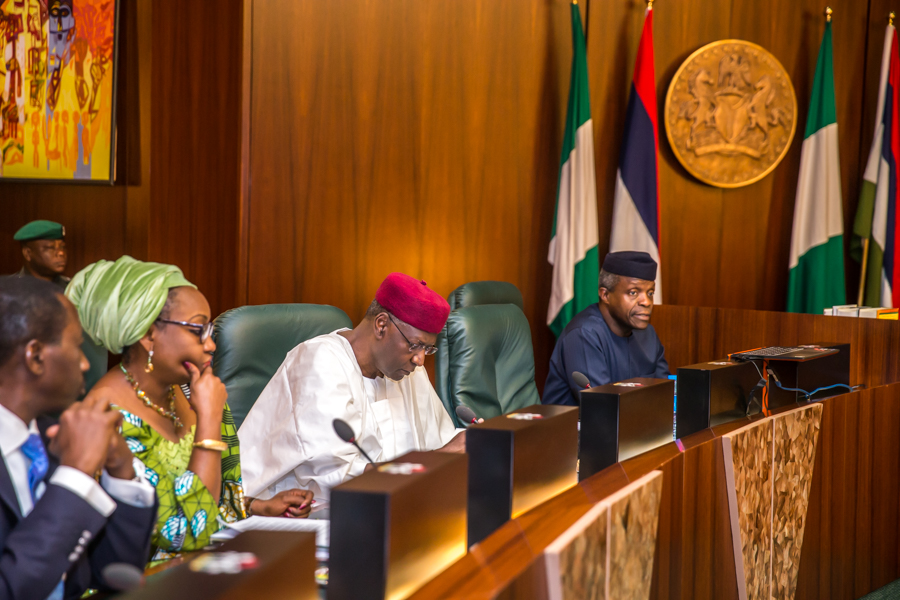 A Presidential Steering Committee on the Bama Initiative chaired by the Vice President, Prof Yemi Osinbajo took place today at the Presidential Villa, Aso Rock, Abuja with focuss on fine-tuning the implementation of a joint intervention between the Federal Government and the Borno State Government.

It is aimed at fast-tracking the rebuilding of Bama town and full restoration of civilian authority and means of livelihoods under a pilot programme that is tagged “Bama Initiative.”

The Federal Government is to provide 63 percent of the funds while the Borno State Government is expected to contribute 37 percent as counterpart.

The Initiative is being used as a test phase to be replicated in rebuilding other communities affected by the Boko Haram insurgency across Borno and the rest of the North-east.

The choice of Bama was based on the Post Insurgency Recovery and Peace Building Assessment Report prepared by the Presidency in collaboration with the World Bank, the European Union and Government in the six States of the North-east which recorded Bama Local Government as being the worst destroyed by Boko Haram insurgents in the entire geo-political zone.

The initiative involves the training and setting up of a special joint security team to be deployed to Bama in order to fully restore civil authority while another group of trained security guards are to be deployed to secure farmlands to enable full returning displaced have secured access to the farms and other means of livelihoods. The initiative also involves setting up a green area for the purpose of modern Agriculture amongst other attractive components.