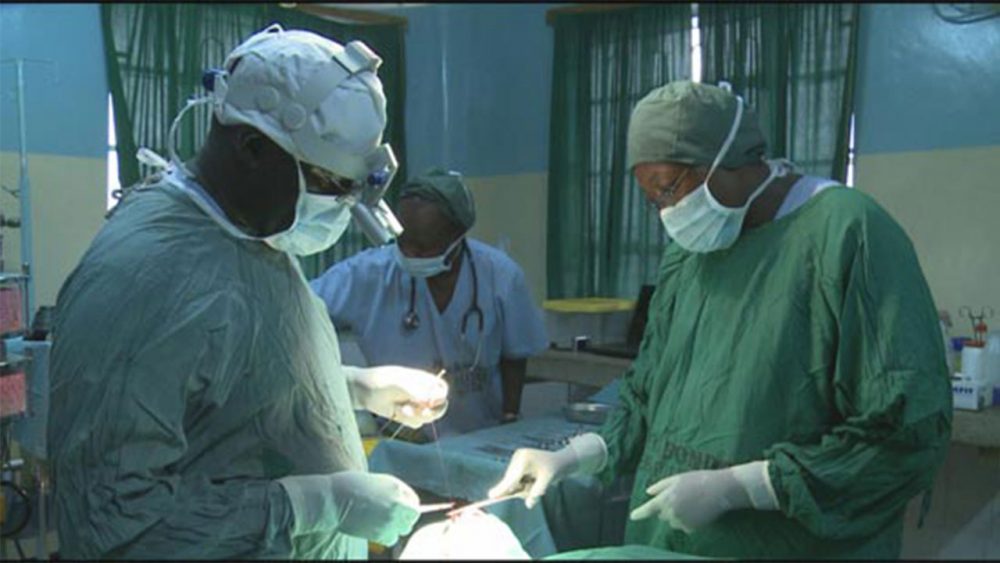 The National Executive Council (NEC), of the Nigerian Medical Association (NMA), has challenged President Muhammadu Buhari to as a matter of necessity replicate medical equipment he saw in London, United Kingdom in Nigerian hospitals before the end of his tenure.

The NMA said Nigerian doctors would have been able to handle the President’s health challenge if the health sector had been properly equipped and funded.

These were contained in a communique issued at the end of the NMA BEC meeting in Kaduna which also called on President Buhari to utilize his positive experience in the health systems of other climes to impact on the health care system in Nigeria.

The communique which was jointly signed by Professor Mike Ozovehe Ogirma – National President and Dr. Yusuf Tanko – Secretary General stressed that Nigerian doctors are competent to handle any form of ailment if enabling environment and good working tools provided.

The communique further read “The President may have sought for medical attention outside the shores of this country perhaps as a result of ill-equipped hospitals in the country.

“The nature of the President’s ailment is not known to NMA, and even if it is known to us, we have to respect our oath of secrecy. The President like every other citizen of this country has the right to seek second opinion. That is part of medical practice.

“However, the Doctors in Nigeria are capable of handling any ailment if optimal working conditions are provided. We have read and heard on BBC that, the President does not believe in the Nigerian health system.

“What was wrong by the President going outside? It is a fact that our hospitals are not optimally equipped. Am sure that, the President after spending 100 days in London has firsthand experience of what we have been shouting, equip! equip! Upgrade our hospitals,” the NMA insisted.

The communique which was read by the NMA National President, Professor Ogirma expressed happiness at the return of the President adding however that based on President Buhari’s experience, he replicate what he saw in London with a view to take care of other Nigerians;

The NMA NEC noted with dismay what it described as the continuous low budgetary allocation to the health sector leading to declining health care service delivery in the country.

The communique further reads; “The NEC observed with dismay the worsening availability, distribution, development and utilization of human resources for health within Nigeria’s health system and the increasing trend of brain drain especially affecting the already weakened man power base in the country.

“NEC calls on government to implement the Abuja Declaration of at least 15 percent budgetary allocation to health and ensure timely release of funds with effect from 2018 budget and appealed to the National Assembly to fast track the passage of the bill on Residency Training Program (RTP) in Nigeria.”