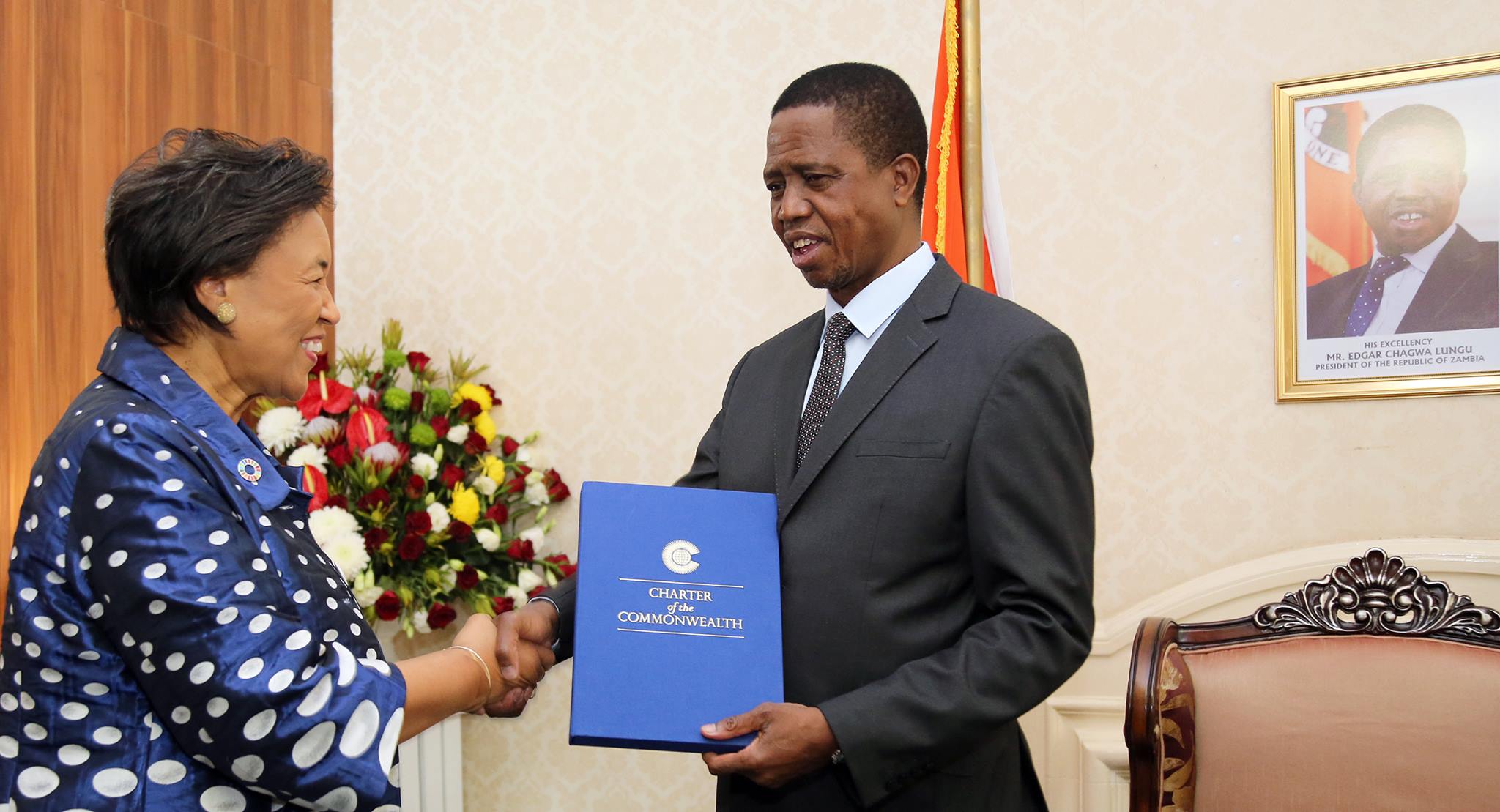 President Edgar Lungu and opposition leader Hakainde Hichilema have agreed to engage in a peaceful dialogue to address the country’s political tensions, after extensive consultations with Commonwealth Secretary-General Patricia Scotland.

Scotland who arrived in the country on Sunday as part of a peace and relationship building tour of Africa. During her visit she held consultations with President Lungu, church leaders, the Speaker of the National Assembly, Dr Patrick Matibini, cabinet ministers, Mr Hichilema and other senior officials of his party. She also met with the Electoral Commission of Zambia and members of the Commonwealth diplomatic community in Zambia.

According to a statement obtained by Per Second News from the Secretary-General’s office, the President and the leader of the opposition have agreed to “a process of dialogue”, establishing a roadmap of reforms in preparation of the 2021 elections, working towards a peaceful resolution and boosting “public confidence in their commitment to a constructive, progressive and responsible engagement”.

The dialogue and roadmap to reform, it said, will be facilitated by the Commonwealth Secretary-General’s Good Offices and key national stakeholders.

“At the beginning of my tenure as Secretary-General, I decided to establish a new approach to democracy and governance support. So visiting Zambia at this crucial time was a priority for me, because this is where we essentially launched this new integrated approach to supporting peaceful elections and other democratic processes. This approach entails providing support to member states before, during and after elections,” said the Secretary-General.

The Secretary-General appointed Professor Ibrahim Gambari as her envoy before Zambia’s 2016 general elections with a mandate to work with the Electoral Commission of Zambia to help support peaceful dialogue. Secretary-General Scotland also deployed an observer group for the elections and is now pleased to support the government and the opposition to address issues of mutual interest.

She said, “I was able to build on the work of dedicated church leaders, other international representatives and the diplomatic community, and I am delighted that we have been able to come to an agreement to work together to strengthen peace and democracy in Zambia as we move forward.”

Secretary-General Scotland added that she was in the process of assigning a peace envoy to the country to facilitate “the critical and peaceful dialogue and reforms that are necessary for Zambia to preserve its status as a beacon of peace and good governance in Africa.”

During her trip she offered assistance through Commonwealth initiatives such as the recently launched Commonwealth Office for Civil and Criminal Justice Reform, which was described by ministers as timely, necessary and a “brilliant idea” for Zambia. The new programme will assist member countries to deliver access to justice and sustainable development through the creation of fair and effective national laws, and enhance policy-making and legislation.

The Secretary-General also highlighted a project to mobilise partnerships and support to vulnerable small states to achieve their sustainable development goals, and measures to boost trade, empower young people and women and address climate change.