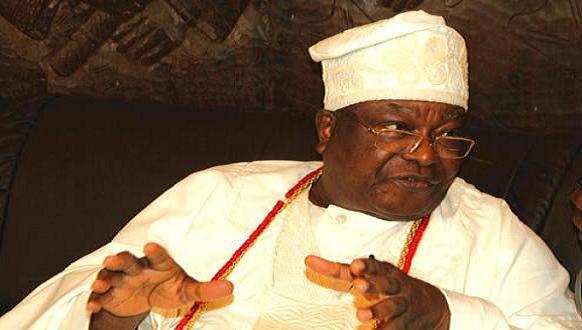 Oba Sikiru Kayode Adetona, the Awujale of Ijebuland, in Ogun State, is alive, hale and hearty, contrary to widespread rumours about his demise.

The 83-year old monarch, who is spending his 57th year on the throne was reported to have died today by some bloggers and websites. But it was all fake news.

The respected monarch debunked the rumours about his death in a telephone conversation with the News Agency of Nigeria.

The Awujale has for the past week been a guest of Oriental Hotel in Victoria Island, in Lagos, where he has been staying after a routine medical checkup in a Lagos hospital, two weeks ago.

Awujale expressed surprise that some bloggers could be spreading rumours about his death without confirming from the palace in Ijebu-Ode or from his chiefs.

“Why are people spreading rumours about my death, when I am right here at Oriental”, asked the baffled King.

He enjoined journalists to check veracity of their information, before rushing to publish.