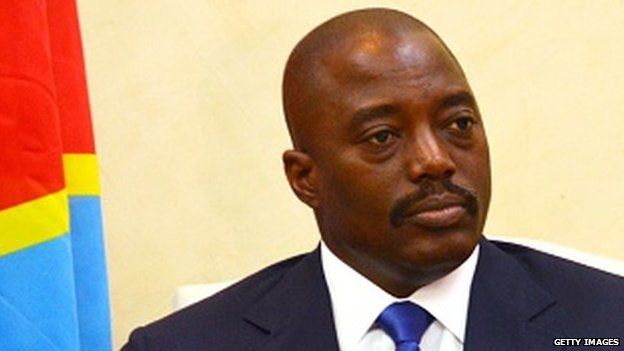 The Congolese opposition on Saturday unveiled a rolling programme of strikes and civil disobedience aimed at forcing President Joseph Kabila from power.

The announcement was made after two days of opposition talks in Kinshasa amid concerns that Kabila, in power since 2001, is seeking to remain in place in defiance of constitutional limits.

Elections in the Democratic Republic of Congo are due this year under a transitional deal aimed at avoiding fresh political violence in the sprawling country of 71 million people after Kabila failed to step down when his second mandate ended in December 2016.
Under the deal, Kabila is allowed to remain in office pending the elections, in late 2017, ruling in tandem with a transitional watchdog and a new premier, chosen from within opposition ranks.

Under its newly unveiled plan of action, a two-day general strike will be held throughout the country from August 8 “as a warning,” said Francois Muamba, rapporteur of the opposition conclave.

Then on August 20, the opposition plans simultaneous rallies in the capital Kinshasa and 25 provinces.
If Kabila does not by the end of September set an election date he will “no longer be recognised as president of the republic on October 1,” said Muamba, speaking at the headquarters of the main opposition Union for Democracy and Social Progress (UDPS) in Kinshasa.

From that date the opposition will invite the people to stop paying taxes to the state or paying their bills to the water and electricity monopolies.

On New Year’s Eve, pro-government and opposition groups agreed to a deal brokered by the influential Roman Catholic Church that sought to avert a full-fledged crisis in the country.

But the death of veteran UDPS leader Etienne Tshisekedi held up the accord.

And meanwhile the opposition coalition has struggled to live up to its name, thanks to a push by Tshisekedi’s son, Felix, to take over the party helm.

Felix Tshisekedi has called for “police and the military to no longer respect bad orders, especially those to kill Congolese people”.