The Ravages of Fire 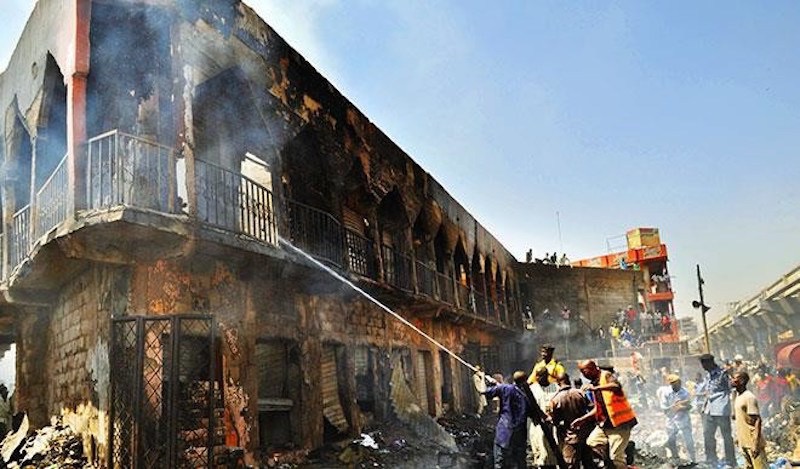 “Fire is the test of gold; adversity, of strong men.” – Martha Graham

The title of this piece sounds profoundly hurtful, but that is the reality of our times. Fire outbreaks have been on the rise in Nigeria in recent times and Nigerians have been largely shocked and traumatised by the increasing destructions that have, resultantly, been mercilessly unleashed on them, thus reinforcing the truism in a Latinate proverb that “Fire, water, and government know nothing of mercy.”

Fire, as a culprit in this instant practicality, like water though, does not know the colours of the skin. It does not understand ethnic or tribal backgrounds. It is religion-blind. It plagues everybody, everywhere, if it is provoked. The other day in Abuja, it failed to appreciate the sacrosanctity of the extension building of the House on the Rock Church. It reared its ugly head there and turned a hitherto beautiful structure into a carcass.

Perhaps, the entire structure would have become a rubbish heap if not for the Federal Fire Service which moved in with a “miracle solution” that it deployed in putting out the fire. I had it from a grapevine that the Fire Service sidestepped their old method of using water and foam and chose, instead, to use the new F-500 Encapsulator Agent (EA) that has been described as a revolutionary innovation in firefighting.

The agent, as understood, is a fire suppressant that works effectively to knockdown fire in the shortest possible time, sometimes, in a matter of seconds, depending on the volume of fire. I also understand that it is currently the only fire suppressant agent that can encapsulate hydrocarbon vapours, rendering them non-flammable and non-ignitable.

Besides, it is said to have three unique features that make it superior to other agents: the ability to rapidly cool down the temperature of a fire in seconds, thereby providing permanent burn-back resistance; the ability to encapsulate the hydrocarbon molecules, rendering them non-flammable and non-ignitable; and, the ability to interrupt the free radical coalescence, thereby inhibiting the formation of toxic soot and smoke.

Recent media reports said that some ministries, agencies and departments (MDAs) such as the Federal Fire Service, Nigerian National Petroleum Corporation (NNPC), Department of Petroleum Resources (DPR), Ministry of Interior, National Oil Spill Detection and Response Agency (NOSDRA), etc., have tested and certified the deployment and use of the product in their facilities.

These organisations should avail us with feedbacks of the performance of the products so that Nigerians can have the opportunity of choosing to or not to arm themselves with the product. This is not the time to stick with the status quo. If the traditional products and firefighting methods have proved incapable of helping us to effectively combat the ravaging fires that have been doing the palongo dance in our domains, then we should paradigmatically shift to another attractive option, which the F-500 EA typifies.

We must all act prudently in combating fire incidents where we fail to prevent its outbreaks in towns and cities across the country. We must slow down its ferocity at consuming lives and property, and leaving in its trails anguish and emptiness. After all, life is more important than fire even though both are comparable and extinguish eventually.

Otto Weininger, an Austrian philosopher, corroborated this in his postulation, to wit: “Among the notable things about fire is that it also requires oxygen to burn – exactly like its enemy, life. Thereby are life and flames so often compared.” An American author, educator, and clergyman, Henry Jackson Vandyke, Jr., expounded further that “Man is the only creature that dares to light a fire and live with it. The reason? Because he alone has learned to put it out.”

How utilitarian have the various means of putting out fires been to us? It is eternally painful that fire has been on a perpetual voyage of visitation, snatching from us our loved ones; and what have we been able to deploy to put them out?

On January 7, this year, a midnight fire gutted part of the Nnewi Timber Market in Anambra State, destroying goods and machines worth billions of naira. \Also, on January 8, a seven-storey building, known as Brazas Plaza, located at the Balogun market extension on Lagos Island, was gutted by fire, which destroyed multi-million naira goods, valuables, including cash.

While on February 16, this year, a night fire razed a filling station, 15 vehicles and some nearby buildings along the Upper New Market Road, Onitsha, and destroyed other property worth millions of naira; it was the turn of nine shops at the popular estate roundabout market in Warri, on February 19.

On April 11, this year, the administrative building of the Federal Airports Authority of Nigeria (FAAN) in Lagos was razed by fire. And much recently, on July 15, property worth millions of naira was destroyed by fire which razed at least 35 shops at Ogunpa/Oke Bola area of Ibadan. On July 16, the fire incident at the LINC Oil and Gas’ tank farm in Calabar Free Trade Zone reportedly killed more than 30 persons.

The list is not exhaustive. The human fatalities are benumbing. The material losses are staggering. We cannot continue to watch the lives of our kith and kin cut short abruptly by ravaging fires. Whereas, “when man invented fire”, according to Steven Moffat, Coupling/#4:’Inferno’ (original airdate June 2, 2000), “he didn’t say, ‘Hey, let’s cook’. He said, ‘Great, now we can see naked bottoms in the dark’.”

But the fire that Moffat immaterially describes in these celebrated lines has exceeded the circumscribed expectation of illuminating only naked bums; it is now consuming bums indiscriminately – both covered and naked – and almost overwhelming our sense of responsibility and sensitivity. We must act to effectively and efficiently contain it by embracing innovative firefighting solutions.

Otherwise, we may be deuced as Tennessee Williams, an American playwright (1911-1983) surmised: “We all live in a house on fire, no fire department to call; no way out, just the upstairs window to look out of while the fire burns the house down with us trapped, locked in it.” This, evidently, should be far away from our contemplation now that there are arrays of new firefighting innovative technologies from which to choose. Did I hear you say: God forbid; we will not be trapped by raging fire? Then, we must commit ourselves to doing the right things.

Mr. Ojeifo, an Abuja-based journalist, contributed this piece via ojwonderngr@yahoo.com

EncapsulatorFireNigeria
Share
Subscribe to our newsletter
Sign up here to get the latest news, updates and special offers delivered directly to your inbox.
You can unsubscribe at any time