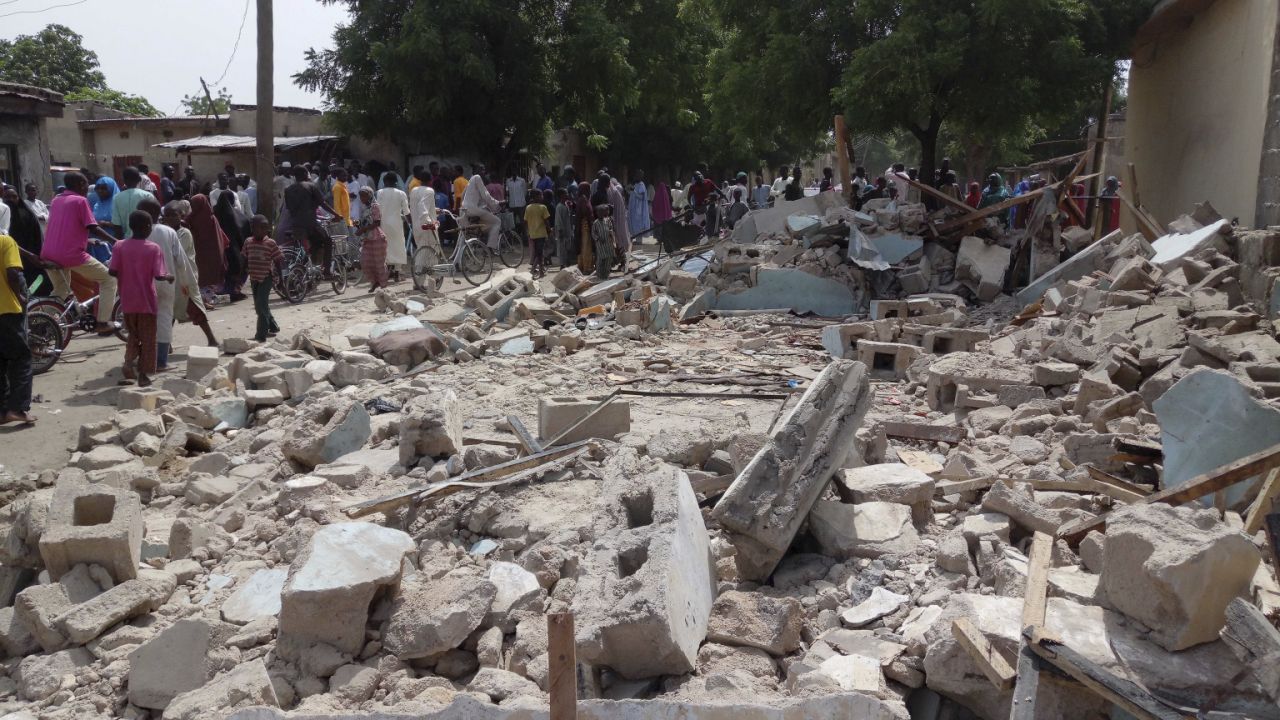 A spokesman for a civilian self-defense force in Maiduguri city said the bomber was being chased by local security workers and ran into the middle of worshippers and exploded. At least 13 people were wounded..

“There were two girls that wanted to attack the mosque but one of them got stuck in barbed wire in the ditch dug near the area, but the second one escaped and began to run as our operatives there began to chase after her,” said spokesman Danbatta Bello with the Civilian-JTF self-defense force.

“She rushed to the mosque and detonated the second bomb.” The first girl blew up where she was trapped, Bello said.

Two other female suicide bombers were shot and killed in Maiduguri around the same time the mosque was attacked, Bello said.

Aug 8, 2022
bombBornoMosqueNigeriaSuicide
Share
Subscribe to our newsletter
Sign up here to get the latest news, updates and special offers delivered directly to your inbox.
You can unsubscribe at any time