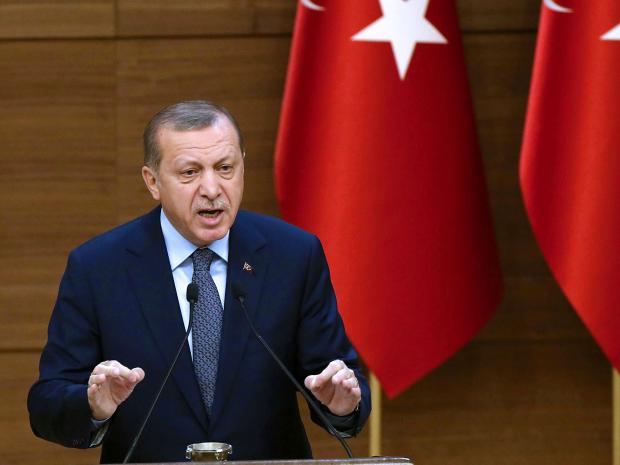 [dropcap]T[/dropcap]urkish President Recep Tayyip Erdogan has threatened to “chop off the heads” of traitors in a speech marking the anniversary of a failed coup.

Erdogan also repeated calls in Ankara that he would approve “without any hesitation” any legislation that would reinstate capital punishment in Turkey. The Turkish leader was speaking at a rally in Istanbul on Saturday to mark one year since a failed coup attempt that left 240 dead.

“First of all we will chop off the heads of those traitors,” Erdogan told the rally.

This prompted calls from the crowds that capital punishment should be restored, to which he said: “I will sign it” if parliament passes a bill on resuming executions, a move that would likely end any lingering hopes Ankara has of joining the EU.

“I spoke to the prime minister and […] when they appear in court, let’s make them appear in uniform suits like in Guantanamo,” Erdogan added.

“They showed no mercy when they pointed their guns at my people,” Erdogan said. “What did my people have? They had their flags – just as they do today – and something much more important: They had their faith.”
“Nobody who betrays this nation can remain unpunished.”

The Turkish president later flew back to Ankara to take part in late-night commemorations in the capital. Erdogan spoke outside of the parliament building, which had been bombed by warplanes during the coup attempt, telling thousands of supports in the crowd: “Our nation showed the whole world what a nation we are on July 15.”