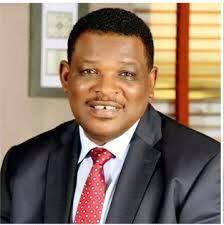 I read the beautiful piece titled “Imoke: From Politician to Statesman” written by Dan Amor and published in Daily Sun of July 11, 2017. Permit me, as an outsider- not being an indigene of the state nor having lived there- to look at Amor’s beatification of Imoke from the perspective of the legacy of succession politics that the quiet politician left behind: his ensuring, single-handed, the election of Professor Ben Ayade as governor.

Succession politics ramifies public administration, especially the positions of president and state governor; and, therefore, Imoke had to make a choice-whether or not to be interested in who would succeed him. He chose to be interested and therefore could not be absolved of impartiality.

I concur that Imoke is a smooth talking and highly fecund politician, just as his friend, Donald Duke, who handed over power to him in 2007. But as for being a statesman, I find it very easy to disagree. He had the opportunity of being a statesman, just as his other colleagues in other states, by all refusing not to be interested in their successors. They all shunned the opportunities.

A statesman is selfless, widely respected for integrity and impartial concern for the public good. Imoke might have satisfied these requirements in the quality of performance and service delivery to the people of the state, but failed abysmally woefully by not being selfless and impartial in dealing with the dialectics of succession politics in 2015.

Having dismantled the pedestal of statesmanship on which Dan Amor has ingeniously placed the former governor, Imoke tragically unravels and becomes an ordinary “man”, incapable of sustaining and justifying the prefix: “states”. To be sure, I do not have anything personal against Imoke. He remains one of the refined and decent politicians and public office holders Nigeria has ever produced.

The only issue that keeps popping up like a sore thumb whenever I am opportune to discuss the politics of Cross River state with my friends who are interested in the subject is the motivation that propelled Imoke to scorn his initial agreement to support Mr Goddy Jeddy-Agba as his successor.

I heard it from the grapevine that the choice of Jeddy-Agba, former Group General Manager (GGM) Crude Oil Marketing Division (COMD) of the Nigeria National Petroleum Corporation (NNPC) enjoyed the solid support and imprimatur of Imoke and many influential leaders of the Peoples Democratic Party (PDP) in the state.

Jeddy-Agba had so many things going for him: Imoke’s support, party leaders’ backing, financial strength, popular support among the people and royal endorsement. He is the first son of HRH, Uti J.D. Agba, the paramount ruler of Obudu local government area, which, perhaps, explains the decision by members of Cross River State Traditional Rulers Council, at the time, to back him to the hilt.

With his unassuming nature, humility and philanthropy, the 58 year-old retired public servant, crude oil marketer, prince and politician enjoys a special place in the hearts of his people. All the elements considered, he became the consensus of influential political leaders for the Peregrino Government House in Calabar.

Significantly, the geo-politics of the state also favoured him. He is from the north of the state and a decision had been reached on the basis of equity that the position should be ceded to the zone in 2015. The south had already produced Donald Duke (1999 to 2007) while the central had produced Imoke as Duke’s successor, leaving out only the north where Jeddy Agba and the incumbent governor are from.

But for the strict adherence to the unwritten charter of equity, perhaps, the governorship of the state would have stood on the leadership tripod that has popularized the legend, whether right or wrong, that the three musketeers-Duke, Imoke and incumbent Senator Gershom Bassey-would have been governors and succeeded one another in that order. Unfortunately, Bassey is from the same zone with Duke.

Let me now recall, to the best of my knowledge, the circumstances that led to the dismantling of the original deal that would have produced Jeddy Agba as the candidate of the PDP and, eventually, as governor. Imoke reportedly traveled out of the country on medical treatment and the political atmosphere was getting charged, leaving no more room for delay in activating the party machinery in the direction of the party’s candidate.

Senator Victor Ndoma-Egba, who was then Leader of the Senate and Cross River PDP power broker, decided to take Jeddy Agba to the Presidential Villa to introduce him to then President Goodluck Jonathan as the person who had been endorsed by the state party leadership to succeed Imoke.

But Imoke, who was outside the country, was said to have felt undermined by the visit to Aso Rock. He justifiably felt that he should be the one to take Jeddy Agba to Jonathan if it was necessary. Out of anger, he decided to settle for anyone else except Jeddy Agba.

It was at that intersection that Ayade, who was in the senate, came into the calculations. Ayade was said to have invested hugely financially in securing the PDP governorship ticket. His governorship birthed an era of showy leadership unlike his two predecessors, who operated smoothly, quietly, achieving so much in the state, without noise-making.

Ayade has been rambunctious and acting as if he is beholden to the All Progressive Congress (APC) federal government of Muhammadu Buhari. He hurriedly invited Buhari to Cross River on October 20, 2015 for the ground-breaking of his infamous superhighway (a 12-lane, 260 km long, with Wi-Fi internet connectivity, which will link a proposed deep seaport from Bakassi on the shores of the Atlantic Ocean to the border with neighbouring Benue state) project.

The project reportedly turned out to have been conceived without the requisite Environmental Impact Assessment (EIA), which failed to account for 20km right-of-way and he could not show financial justification on how it would be funded.
Today, the possibility of Ayade’s movement to the APC is blowing in the air. Ayade’s administration is on a solo run and has isolated influential political leaders in the state, especially those in his party-the PDP. His administration’s spat with Senator Florence Ita-Giwa on the shortchanging of the displaced Bakassi people was unnecessary.

Without prejudice, Ayade remains a constant reminder of Imoke’s blunder in succession politics. Can Duke, Imoke and other well-meaning PDP leaders in the state claim back their party and their state? Will Ayade head for the APC? It is unlikely. But if he does, he will meet the like of Ndoma-Egba and Jeddy Agba, who have already built up the party and their networks across the state, in the party.

Duke must be commended for giving Cross River a facelift with infrastructure development projects like the Obudu Mountain Resort and Tinapa Business Resort, which Imoke, also commendably, consolidated upon. As dependable captains of the ship of the state, they had almost crossed the river in the voyage to her manifest destination of greatness.
Unfortunately, the voyage which would have been completed by Gershom Bassey if he had not been disqualified on the basis of equity of zones or Jeddy Agba if Imoke had not, out of anger and justifiable feelings of having been undermined by the visit to Aso Rock while he was outside the country, rejected the original plan to hand over power to him (Jeddy Agba).
For the people of Cross River, this is not the time for despair. 2019 is around the corner and it presents another opportunity to cure the mischief of 2015 power transfer that has impeded the voyage to the other side of the river. Fact!

Mr Ojeifo, an Abuja-based journalist, contributed this piece via ojwonderngr@yahoo.com

AgbaCrossriverGovernorJeddyNigeria
Share
Subscribe to our newsletter
Sign up here to get the latest news, updates and special offers delivered directly to your inbox.
You can unsubscribe at any time