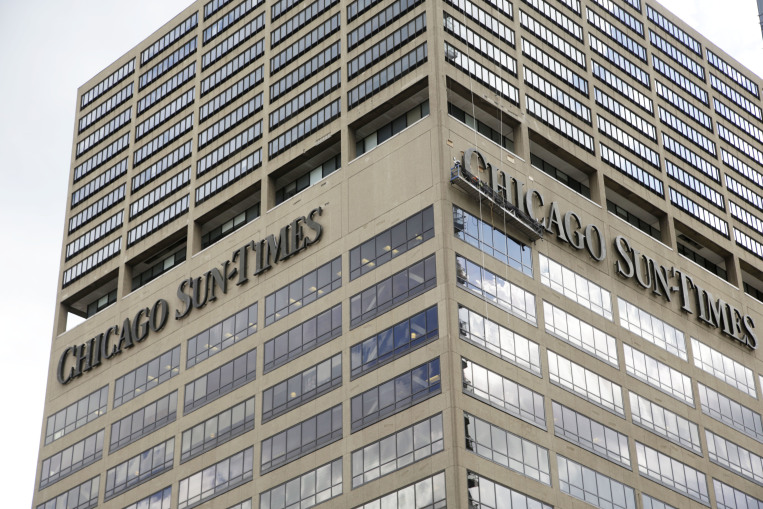 The building housing the Chicago Sun Times is seen Monday, June 19, 2017, in Chicago. An investor group led by former Alderman Edwin Eisendrath and the Chicago Federation of Labor, an umbrella group of labor unions, submitted a bid to purchase the Chicago Sun-Times on Monday by a 5 p.m. deadline. (AP Photo/G-Jun Yam) ORG XMIT: ILGY103

[dropcap]T[/dropcap]he Chicago Sun-Times, the city’s oldest continuously published daily newspaper and winner of eight Pulitzer prizes, has been sold to an investor group, reportedly for $1 (N360).

The newspaper, which traces its history to 1844, reported Thursday it was purchased by an investment group led by former Chicago alderman Edwin Eisendrath and a coalition of labor unions.

The Sun-Times provided no details, but the rival Chicago Tribune and other media reported the sale was concluded for $1.

Earlier this year the Tribune’s parent company Tronc offered to buy the Sun-Times. But the deal faced opposition from the Justice Department, which argued it would create a monopoly of the two major dailies in Chicago. 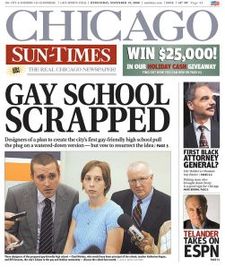 Although this week’s agreement was concluded for $1, the investors needed to come up with $11.2 million to keep operating, the Sun-Times reported.

The deal underscores the deep woes of the once-profitable US newspaper sector, where values have plunged over the past two decades amid a shift of readers to online platforms.

The current owner of the Sun-Times, Wrapports, purchased the daily in 2011 for an estimated $20 million.

According to Poynter Institute media writer James Warren, the Sun-Times owners “concluded taking $1 was better than the $8 million it would cost to shut down the paper.”