Of ‘Principalities’ And Leadership 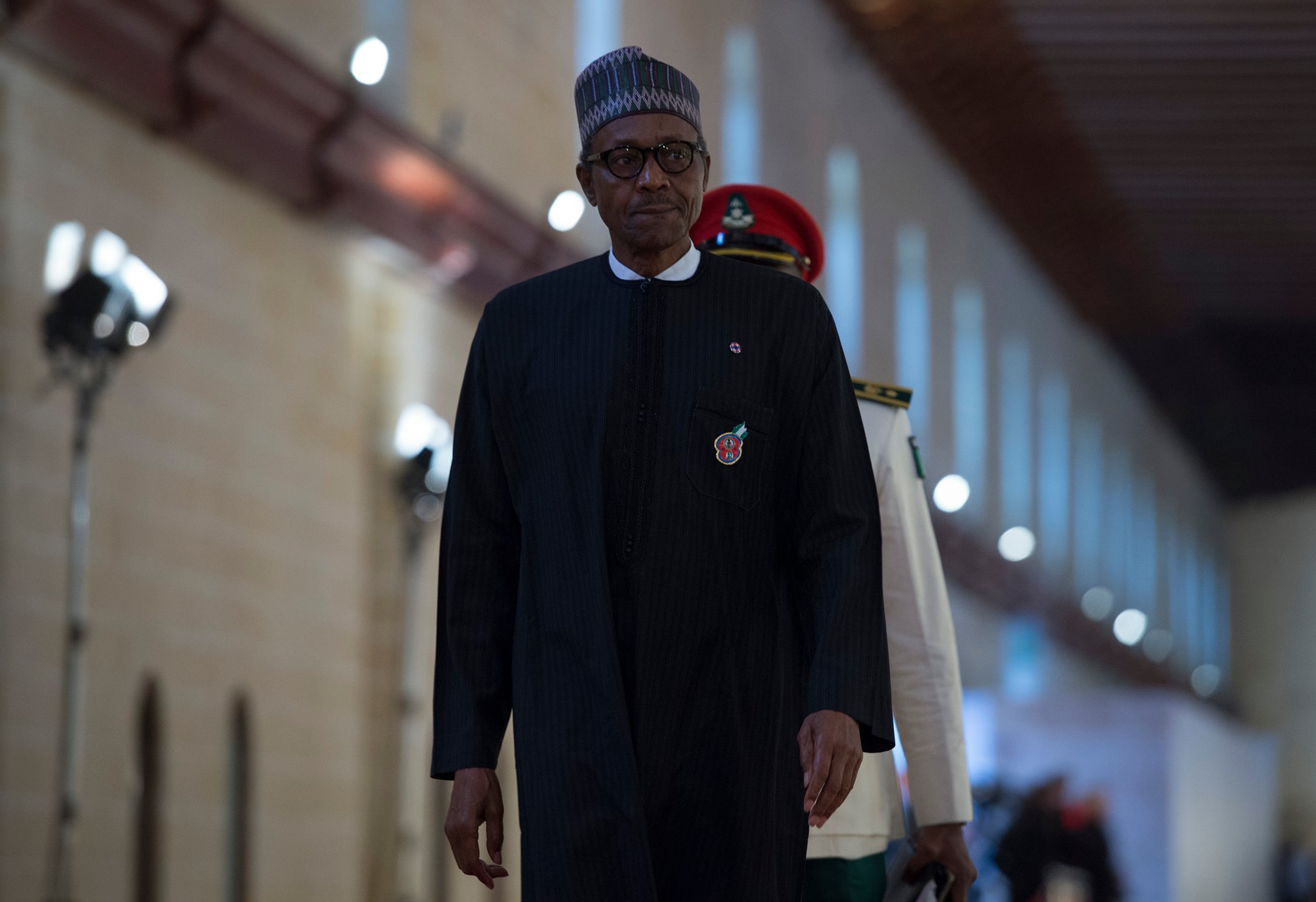 It was memorable and engraved in my heart till today. I therefore, still remember it as if it happened yesterday. I was joyous and savoring the euphoria of my excellent performance in my junior secondary school examination. And then came the first day of resumption as a senior secondary student. I had arrived in company of my class mates, all looking hearty and gay, as we marched to the school and converged in an empty classroom, which had a very bold inscription SS1 hanging on top of the door.

That class, we believed, would house us as new students of the senior class, which we all gained by virtue of the resounding successes recorded in the last examination.

We all moved in like a swarm of bees, without waiting for any directive or approval, we needed no prompting from any  instituted or constituted authority to make the best of our new abode.

As we got busy chatting away like birds in summer, a young girl decked in the uniform of National Youths Service Corps (NYSC) walked in and introduced herself to us – not by name but as the one who will teach us Economics  for the session.

We greeted this development with mixed feelings and weighed the situation in circumspect terms for two reasons. First, as we were now ‘’Big Boys,’’ we were not ready for any serious academic exercise so soon and, if any, we expected someone older to handle us. Instead of this teenager like lady. We felt an experienced teacher would better suit our new status.

Secondly, we had not been welcomed officially by the school authority. We had expected to be formally introduced as the newest senior students in the school.

However, apparently oblivion of the mood, or nonplussed by it, our new teacher simply proceeded on her mission and, without casting a glance at our faces, she picked some chalk from the teacher’s table and made her way to the blackboard.

But then, she did the unthinkable: She decided not to observe any teaching methodology or chronology in her presentation. Our unheralded Economics teacher began to address her bewildered audience who would rather see themselves as an emergency gathering (because, to our understanding, we had not been allotted to any class).

Hers was not a mission to placate us as she simply went theoretical and told us that every conventional economy usually has three strata – lower, middle and upper classes.

This teaching method triggered an open murmuring among us, as we got bold and suddenly found our voices, which rained out a torrent of questions. What is economy? What is Economics? ‘What is what is…’ rented the air. Everyone was eager to know everything at the same time. Her reaction to the barrage of questions was loaded with disdain. It was evident she was offended by the cacophony of voices and she responded furiously: “These foolish riff-raffs have no respect,” and she walked out of the class leaving us bemused.

That was back in the days, but it reminds me in a synoptic form what the asymmetrical and inordinate estimation of self can be by teenagers. Yet such same exuberant exertions are now being exhibited by our political leaders and people in government, against the citizenry. Our leaders have taken for granted the feelings of those they are ruling, most importantly the youths.

The narration above is equally epigrammatic in the sense that it portrayed the young teacher as a typical Nigerian leader possessing all the paraphernalia of egocentrism, which includes but not limited to intolerance. It is a well established maxim that ‘we are created to question a settled answer and answer unsettled questions,’ but that dictum is alien in the Nigerian political arena.

Also, every civil clime has its own typical, organized and laid down procedure through which its citizens ascend to the position of authority. This could come through inheritance, imposition, appointment or election. Whatever the route, the same law that installs the candidate requires each individual under its jurisdiction to stick to the tenets.

Nigeria is not left out in this order as it has a specified, codified and tenured leadership terms. So, upon appointment or election, the individual automatically becomes a constitutional principality.  He is so referred because he enjoys the goodwill and support of his fellow citizens and did not attend that feat through an unlawful means.

For purpose of clarity, the term “principality “here should be viewed not from the angle   “cast and bind syndrome” popular among some Christian organization, especially those of the Pentecostal bend,  but from the Niccole Machiavelli school of thought  as advanced in his book “”The Prince”

But very unfortunately, just the way the young Corp member became my Economics teacher with neither background in teaching nor orientation, so has the majority of  our political and socio-economic landscape been  littered with politically matured  individuals but leadership  novitiates  occupying various sensitive  leadership positions in the country .That informs why economy is progressing retrogressively and our democracy stunted, making other nations to tag our democracy as fragile and nascent.

Without losing sight to the fact that leadership is both nature and nurture and a fellow can possess one and still function prominently but  in most cases some of our leaders  possess none .They therefore , assume leadership positions full of misconceptions about leadership. While some views it as an opportunity to enjoy the pleasure of ‘command and control’ as against ‘cultivates and coordinates’, others sees it, as an opportunity for self aggrandizement   instead of an   avenue to render selfless service to humanity.

Capped with these volumes of misconceptions, they become unaware of the striking difference between tenured and hereditary positions. Before they could figure it out, they gravitate towards feeling and acting as ‘hereditary principalities’.  Once their mentality hit this ‘political Bermuda triangle’, everything about them changes. Some will start seeing the position handed to them by the electorates as hereditary. They immediately classify the people that voted them as ‘Composite principalities’. By this new classification, the relationship changes from ‘social contract’ to ‘master servant’ .The elected will turn the table of hierarchy against the electorate by becoming the master while the electorates become the servants. The leaders now see their fellow citizens as alien and attachés and as such try to change the rule at the middle of the game. This has been the problem of an average Nigerian politician.

The above occurs as a result of two reasons. First, is our definition and understanding of power which comes with positions. This I believe in most cases is defective. Power, from development perspective should be seen as   ‘an opportunity to affect a positive political and socio-economic change in the lives of the people and the society at large’. But instead of imbibing and working with this definition, we view power here in Nigeria, from the Marxists prism and as such define it ’as the ability to protect your interest and possibly lord our decisions on others.’

This Marxists mentality drives our leaders to become ‘extractive in nature’. This is visibly reflected in the manner by which our commonwealth is manacled. The citizens are at intervals, but epileptically  incentivized  with some drops of what ordinarily  supposed to be our common wealth .

Surprisingly, what my young teacher told me which I verily believed her is different from what my leaders are doing currently. Our leaders’ operational matrix had made nonsense of the first lesson I received as a student of the senior secondary school.

Our leaders today, have through their actions and inactions eroded the middle class. Now it is either you are super rich or you are poor, no half measures.

Secondly with that same teaching, I expected to see our industrial sector classified along that axis,(large, medium and small scale) but that can only be found on the nation’s  policy documents. In reality, we know the truth. The implementation and sustainability of this frameworks has continued to be a mirage and elusive.

The political space is not left out of this shenanigan .Our leaders operates a leadership style that could be described as least participatory or sustainable. They carry on as if the nation will end with them. This they do, by not shifting the boundaries of our political theatre to accommodate the youths as well as the young adults. They have forgotten that everything in life passes through apprenticeship. What they operate is what a friend of once described as the politics of ‘who no dey no dey’.

In my quite times, I wonder if these present crop of leaders are thinking about what posterity and history holds for them. I strongly believe that for them to have their names written in either gold or silver, our leaders should learn to shun cronyism and embrace an all inclusive and participatory politics .They should broaden the political space to accommodate all especially those that are interested in developing political  leadership skills. Our leaders, as a matter of urgency should start learning team management, community organizing and development as well as youth engagement.

To this end, I think if we  want to be leader- manager, we should start thinking along  the same line with Richard Templar, a leadership and management Consultant who  once remarked as follows; ‘a really good leader knows that when their team takes wing and soars, they too will soar. Getting your team to soar takes courage, grit, determination and overwhelming passion .You have to make members of your team better than you, which means trusting them , getting them the best resources, training them to take over from you, trusting them not to stab you in the back when it is time to take over from you and being confident enough in your own abilities not be jealous of them when they do take .Tall order’.

To buttress Templer’s position, I do submit here that “every forest has layers, ranging from the ground level scaling up the height”. So we need leaders that can recognize this postulations and put all into consideration in decision making.

I am also of the view that the nation urgently needs leaders who are alchemists in nature. Those that can transform both our political and economic landscape.  Those that can involve the youths in the scheme of activities so as to provide a seamless leadership transition.

Let’s make no mistake about it, this country is blessed with bunch of youths and  young adults that can hold very effectively the mantle of leadership.

LeadershipNigeriaYouths
Share
Subscribe to our newsletter
Sign up here to get the latest news, updates and special offers delivered directly to your inbox.
You can unsubscribe at any time