Baru To NNPC Staff: Progress Made But Much Still To Accomplish In One-Year Anniversary Speech 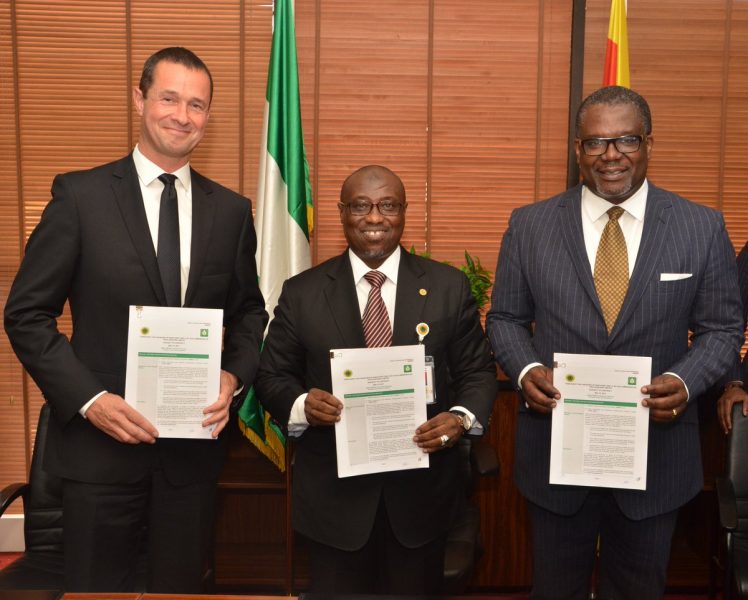 [dropcap]T[/dropcap]he Nigerian National Petroleum Corporation, NNPC, has secured $2billion discounts in the last one year from renegotiated Upstream contracts being executed by its various service providers, said NNPC Group Managing Director, Dr. Maikanti Baru, in a podcast message to the Corporation’s Staff to mark One-Year Anniversary of his appointment as the Corporation’s helmsman.

The Corporation said the feat was achieved in the quest to continually drive down the high cost of production in the industry.

“For the Upstream, cost reduction and efficiency are key features that we will pay attention to”, Dr. Baru stated in the 25-minute podcast. 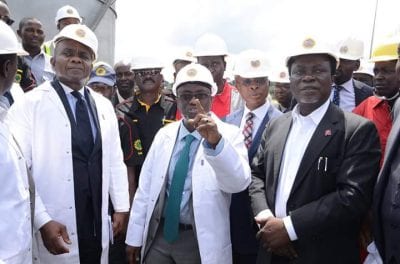 Dr. Baru directed that focal points for efficiency in each of the Corporation’s Autonomous Business Units, ABUs, and Corporate Services Units, CSUs, should be identified to ensure the realization of the key performance indicators enshrined in the 2017 budget, adding that the Corporation must attain a six-month contracting cycle.

Speaking further on the achievement of NNPC in the past year with him at the helms of affairs of the Corporation, Dr. Baru said there had been a significant increase in crude oil reserves and production, stressing that during the period, the national average daily production was 1.83million barrels of oil and condensate while currently, the Year-To-Date 2017 average production hovers around 1.88million barrels.

He said with the improvement in security and resumption of production operation on the Forcados Oil Terminal (FOT) and Qua Iboe Terminal (QIT) pipelines, the average national production was expected to increase and surpass 2017 target of 2.2million barrels of oil and condensate per day.

The GMD stated that in October last year, the Owowo Field, located close to the producing ExxonMobil-operated Usan Field was found, adding that the Field’s location could allow for early production through a tie-back to the Usan Floating Production Storage and Offloading (FPSO).

The Field, he noted, had added a current estimated reserves of 1billion barrels to the national crude oil reserves.
Dr. Baru noted that the Corporation had grown the production of the Nigerian Petroleum Development Company, NPDC, NNPC’s flagship Upstream Company, from 15,000 barrels of oil per day (bopd) to the current peak-operated volume of 210,000bopd in June 2017.

He stated that the ownership of Oil Mining Licence, OML13 had been restored to NPDC following a presidential intervention, with first oil from the well expected before the end of the year.

The GMD said the confidence of the NNPC JV partners to pursue new projects had been rekindled following the repayment agreements for JV cash call arrears that were negotiated and executed for outstanding up to end 2015 by all the IOC Partners of the Corporation’s Joint Venture Companies (JVCs).

In the gas sector, the GMD said gas supply to power plants and industries in the Country had been significantly increased.

Dr. Baru listed the accomplishments of the Corporation in the sector to include: Completion of the repairs of the vandalized 20” Escravos Lagos Pipeline System A (ELPS –A) in August 2016 which ramped up Chevron Escravos Gas plant supply from nil to 259MMscfd and the Completion of repairs of the vandalized Chevron offshore gas pipeline in February 2017 which equally peaked the company’s gas supply to 430MMscfd.

Other accomplishments under this category are: the completion of repair works on the vandalized 48” Forcados Oil Terminal (FOT) export gas pipeline in June 2017, which had reactivated shut down gas plants, including Oredo Gas Plant, Sapele Gas Plant, Ovade Gas Plant, Oben and NGC Gas Compressors; and the commissioning of NPDC’s Utorogu NAG2 and Oredo EPF 2 gas plants.

The GMD explained that the concomitant effect of the efforts was a significant growth in domestic gas supply in the last few months, adding that during the period, domestic gas supply had increased from an average of 700MMscf in July 2016 to an average of 1,220MMscfd currently, with about 7 of the volume supplied to thermal power plants.
“A lot of Generation Companies (GENCOs) are rejecting gas due to the inability of Transmission Company of Nigeria (TCN), to wheel-out the power generated”, Dr. Baru said.

Dr. Baru informed that since his assumption of office a year ago, resources had been deployed to the Benue Trough, with exploration efforts commenced there in earnest.

He explained that seismic data acquisition was ongoing in the frontier region using the services of Integrated Data Services limited, IDSL, and her partners to pursue Government’s aspiration to grow the reserves base of the Country.

The GMD stated that drilling activities were expected to commence in Benue Trough in Q4 this year.
He said: “We are working with the security agencies for an early return to the Chad Basin. Drilling activities will be a priority on resumption while continuing with seismic data acquisition with improved parameters.”

In the Downstream Sector, Dr. Baru explained that in the last one year, NNPC had stabilized the market with sufficient products availability across the Country through modest local refining efforts as well as the Direct Supply Direct Purchase, DSDP, scheme, which he observed had saved the nation about N40billion in 2017.
“We have also commenced the resuscitation of our products transportation pipelines network, thus enabling us move products to depots at faster rate and cheaper distribution costs to consumers. The Aba, Mosimi, Atlas-Cove and Kano Depots have all been re-commissioned and are currently receiving products, thereby enhancing products availability across the Country”, the GMD said.

Dr. Baru said in the last one year, NNPC had improved capacity utilization of the refineries with the projection that they would attain supplying 50 per cent of the non-gasoline white products to the nation, including Diesel and Kerosene that are commonly consumed in the Country.

The GMD said after more than seven years of dormancy, the Asphalt Blowing Unit of the Kaduna Refining and Petrochemical Company, KRPC, was resuscitated to meet road construction needs in the Country.
He declared that efforts were ongoing to secure 3rd party financing to revamp the refineries to their full operational capacities.

“I look forward to your continued cooperation and support as we navigate the Corporation out of its current challenges towards profitability with integrity and transparency,” the GMD said.

BaruGasMaikatiNigeriaNNPCoil
Share
Subscribe to our newsletter
Sign up here to get the latest news, updates and special offers delivered directly to your inbox.
You can unsubscribe at any time