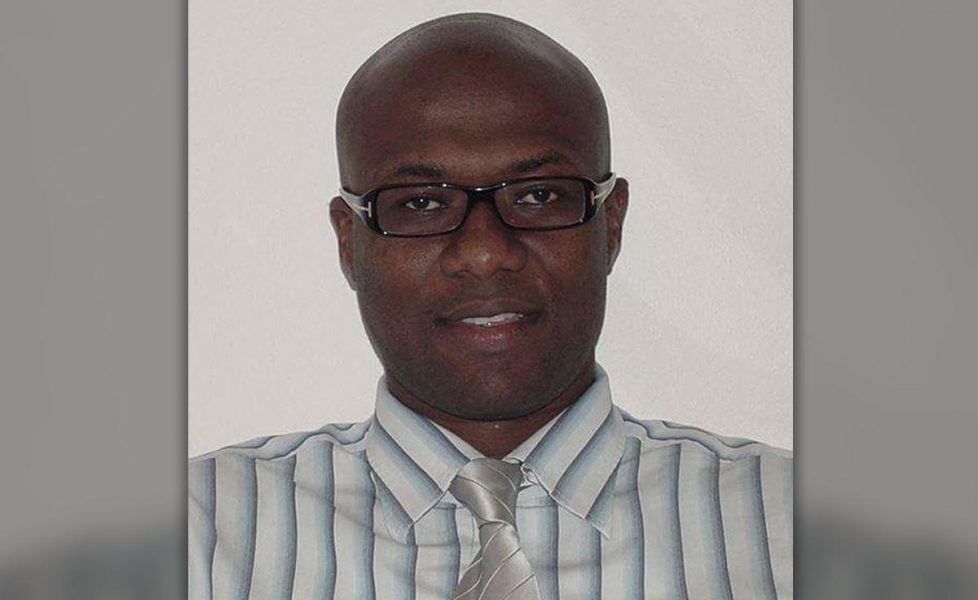 [dropcap]A[/dropcap] Nigerian born doctor Henry Bello opened fire at Bronx-Lebanon Hospital on Friday afternoon around 3 p.m., forcing patients and doctors to barricade themselves into rooms as the hospital was put on lockdown. At least one woman, believed to be a female doctor, is dead. At least six other people were injured, some seriously.

Bello, according to Per Second News findings was accused of sexual harassment returned Friday with an assault rifle hidden under a lab coat and shot seven people, killing one woman and leaving several doctors fighting for their lives, authorities said.

Bello, fatally shot himself after trying to set himself on fire at the Hospital, a witness said. He staggered, bleeding, into a hallway where he collapsed and died with the rifle at his side, officials said. 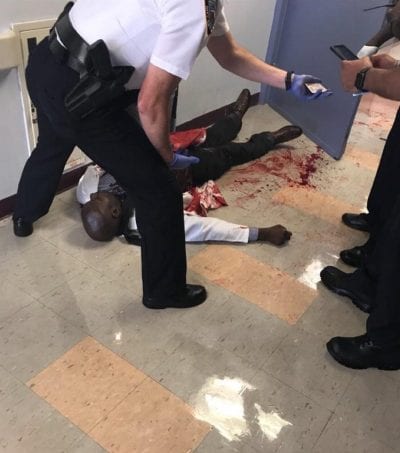 People in the hospital described a chaotic scene as gunfire erupted. Employees locked themselves inside rooms and patients feared for their lives after an announcement that an armed intruder was loose in the building.

(Picture on the right of Bello dead after he shot himself)

“I thought I was going to die,” said Renaldo Del Villar, a patient who was in the third-floor emergency room getting treatment for a lower back injury.

Law enforcement officials identified the shooter as the 45-year-old Bello, who was described on the hospital website as a family medicine physician. Officials said Bello used an AR-15 in the attack on the 16th and 17th floors.

Bello was allowed to resign from the hospital in 2015 amid sexual harassment allegations, according to two law enforcement officials. The officials didn’t know the details of the allegations.

“This was a horrible situation unfolding in a place that people associated with care and comfort, a situation that came out of nowhere,” Mayor Bill de Blasio said, adding that terrorism was not involved in the attack.

According to New York State Education Department records, Bello had a limited permit to practice as an international medical graduate to gain experience in order to be licensed. The permit was issued on July 1, 2014, and expired last year on the same day. 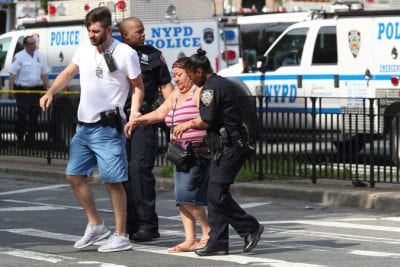 A former colleague described Bello as a problematic employee.

Bello “was very aggressive, talking loudly, threatening people. All the time he was a problem,” said Dr. David Lazala, a family medicine doctor who said he trained Bello at Bronx Lebanon.

He said Bello, who worked at night as a doctor, sent him a threatening email after Bello was fired.

Senior law enforcement officials describe Bello as a transient recently, with at least five different addresses since he left the hospital.

BronxDoctorHospitalNigerian
Share
Subscribe to our newsletter
Sign up here to get the latest news, updates and special offers delivered directly to your inbox.
You can unsubscribe at any time