Per Second News—Former Super Eagles star Nwankwo Kanu says the recent death of Ivory Coast’s Cheick Tiote should be a wake up call to act over heart problems in Africa.

Tiote, who was 30, died earlier this month after collapsing as he trained his Chinese club Beijing Enterprises.

Kanu battled heart problems during his career says it is time to address heart related problems on and off the field.

“I’m talking to friends so we can do something to create awareness to try to help children in Africa,” Kanu said.

“Tiote’s death was not good news. It’s not the first time it is happening. 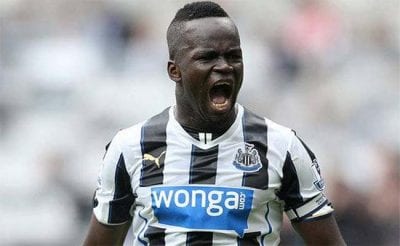 “We lost Marc-Vivien Foe. He died and nothing was done. Tiote is gone and nothing is being done.”

Kanu was sidelined for nine months just after winning Olympic gold in 1996 when doctors at his Italian club Inter Milan’s found a heart defect.

He was allowed to resume his career after a successful operation in Ohio in the United States.

The former Arsenal striker had further heart surgery in 2014.

The 40-year-old, who also played for Ajax Amsterdam and Portsmouth, is planning to build a $17 million dollar cardiac hospital in Abuja, Nigeria.

To raise the funds for the hospital project Kanu is bringing together his team-mates at Ajax, Inter Milan, Arsenal and Portsmouth for two charity matches to be played in Lagos and Johannesburg later this year.

EPLKanuTiote
Share
Subscribe to our newsletter
Sign up here to get the latest news, updates and special offers delivered directly to your inbox.
You can unsubscribe at any time

UK warns citizens of Afghanistan, Nigeria, Eritrea, and others of ‘radical measures’…