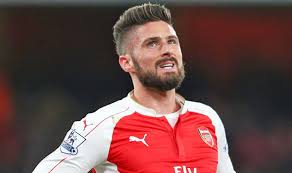 Giroud, 30, has been reported to be set for a move away from Arsenal after playing only a bit-part role in the 2016-17 campaign.

The France international has been linked with Lyon — as well as West Ham — while Arsenal are reportedly eyeing up Lacazette, 26.