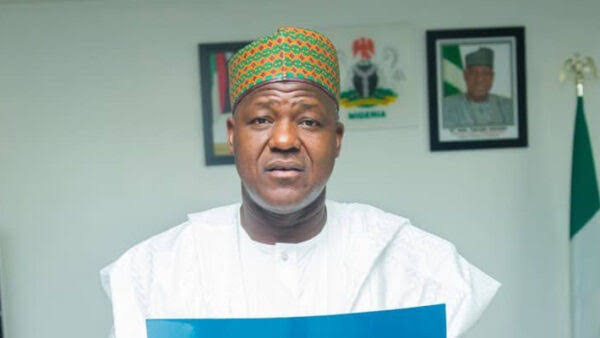 After months of consultations, the immediate past Speaker of the House of Representatives, Mr Yakubu Dogara, has finally jumped the ruling All Progressives Congress’ ship.

Dogara’s destination is his former party, the People’s Democratic Party (PDP). In 2020, Dogara dumped the PDP alongside Dr Bukola Saraki to join the APC that gave him the platform to become speaker in 2015, first term of President Muhammadu Buhari.

His defection came barely 48 hours after he and some aggrieved Northern APC leaders declared their support for the presidential candidate of the PDP, Atiku Abubakar.

Persecondnews had reported that the Northern Elders Consultative Forum, including the Christian leaders in the APC had stridently criticized the Muslim-Muslim ticket of APC presidential candidate, Bola Tinubu and his running, Kashim Shettima and vowed to work against their candidacies in the 2023 polls.

Before a former Secretary to the Government of the Federation, Mr Babachir Lawal, declared his support for Labour Party’s presidential hopeful, Mr Peter Obi, Dogara and Lawal had been in the forefront of opposition to the APC arrangement which they described as marginalizing Christians in the country.

According to them, Atiku was adopted following the resolve of the Northern Christian leaders to work with their Muslim counterparts to adopt one of the presidential candidates in a bid to defeat the same-faith presidential ticket of the APC.

Dogara was received into PDP during the presidential campaign of Atiku Abubakar in the nation’s commercial capital, Lagos, held at Tafawa Balewa square on Monday.

The group had said the leaders took consideration of  the existing structure of the PDP, capacity of the candidates, evidence of national penetration, religious and ethnic balance, among others to arrive at the decision.

It was observed that the APC and PDP are almost at par in terms of political structure, but the compounding albatross on the neck of APC is the “unfortunate self-inflicted divisive same-faith-ticket which cannot guarantee the desired peace, unity and cohesion in Nigeria, a decision that has been kicked against by a huge population of Nigerians.”

Dogara has been appointed into the PDP Campaign Council.

In a statement on Sunday, Governor Aminu Tambuwal of Sokoto State, who also doubles as the Director-General of the PDP PCO, said the appointment was with immediate effect.

“This is part of our continuous effect in joining hands with our presidential candidate, Atiku Abubakar, to recover our great country, Nigeria,” he said.

APCDogaraPDP
Share
Subscribe to our newsletter
Sign up here to get the latest news, updates and special offers delivered directly to your inbox.
You can unsubscribe at any time