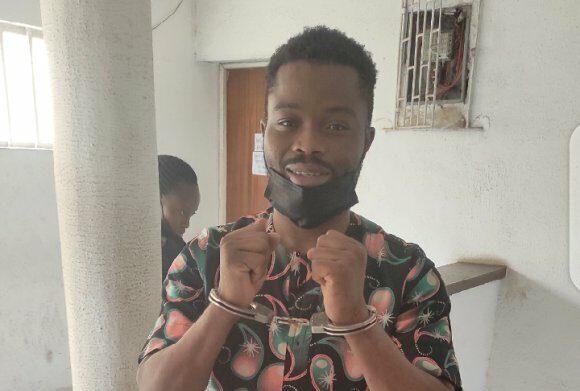 After six months of incarceration for publishing a news story on Ogun Gov. Dapo Abiodun, a blogger, Olamilekan Adewale Bashiru, has regained freedom.

He was detained for republishing a story that Abiodun was arrested and convicted in Miami, United States Of America in 1986.

Bashiru was first arrested by operatives of the Department of State Services (DSS) in Abeokuta and released but he was rearrested when he posted about his experience with the secret police on his WhatsApp status, according to a Punch report.

Recounting his experience in the prison, Bashiru said he fainted and that he spent two days in the hospital.

He said when he appeared in court, he was granted a bail in the sum of N3 million.

According to him, he had spent his life savings and sold his properties on the case.

He said Gov. Abiodun decided to hands off the case after youths from his hometown went to plead with him.

Persecondnews recalls that on May 20, 2022, the Committee to Protect Journalists had called on Nigerian authorities to “immediately and unconditionally release the journalist  who has been arbitrarily detained since May 13, and allow him to work without intimidation.”

“The continued arbitrary detention of Bashiru without charge is a malicious attempt to intimidate the journalist and gag the press, which is totally unacceptable,” said Angela Quintal, CPJ’s Africa program coordinator, in New York.

Mr Festus Ogun, Counsel to Bashiru, founder of news website, EaglesForeSight, confirmed that he was arrested for republishing a report about the “alleged criminal records” of Abiodun in U.S.

The article claimed that Abioldun was arrested for credit card fraud and forgery in the United States in 1986.

Ogun Gov. Dapo AbiodunOlamilekan Adewale Bashiru
Share
Subscribe to our newsletter
Sign up here to get the latest news, updates and special offers delivered directly to your inbox.
You can unsubscribe at any time

What I want from fans on my 40th birthday — Don Jazzy