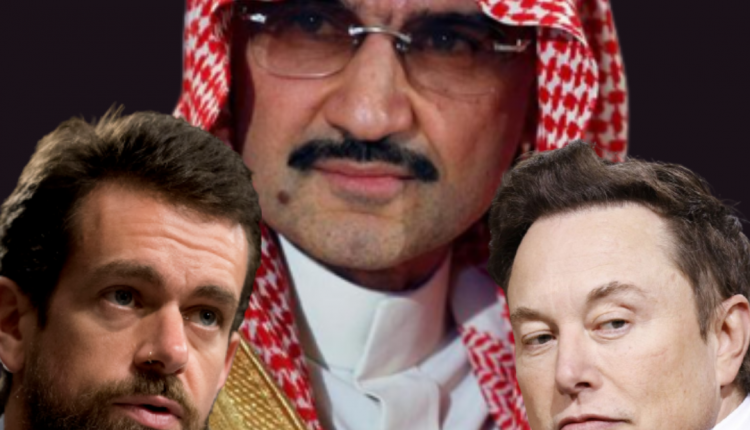 Elon Musk, the richest man in the world is the sole director of twitter as a result of the takeover and as appointed himself its Chief Executive officer.

Saudi Arabia’s Prince Al Waleed bin Talal Al Saud  has revealed that the rollover of their ownership of the existing Twitter shares (34,948,975 shares) valued at US$1.89 billion to the ‘new Twitter, led by Elon Musk, KHC & PO are jointly the second largest investor after Elon Musk” .

“This deal is in line with the long-term investment strategy for which Kingdom Holding Company is known for, according to a statement from the office of the Prince.

Twitter co-founder Jack Dorsey  has a little more than 18 million shares following Mr Musk’s acquisition, a filing on the US Securities Exchange showed.

It added that Mr Dorsey’s holding “represented 2.4 per cent of the Issuer’s outstanding shares of Common Stock”. It is worth about $978m at the merger price.

He stepped down from Twitter’s board of directors in May.

An SEC filing on October 27 confirmed that the Qatari sovereign wealth fund, the Qatar Investment Authority, had contributed $375m in exchange for shares of Mr Musk’s holding company.

The head of cryptocurrency exchange Binance, which invested $500m in Mr Musk’s Twitter takeover, said he had a number of reasons for supporting the deal, including the possibility Mr Musk would transition Twitter into a company supporting cryptocurrency and the concept known as Web3, which many cryptocurrency enthusiasts envision as the next generation of the internet.

Al Waleed bin Talal Al SaudBinanceElon MuskFinanceJack DorseyQatar Investment Authoritytwitter.
Share
Subscribe to our newsletter
Sign up here to get the latest news, updates and special offers delivered directly to your inbox.
You can unsubscribe at any time