…to mop up excess liquidity from banks by Thursday 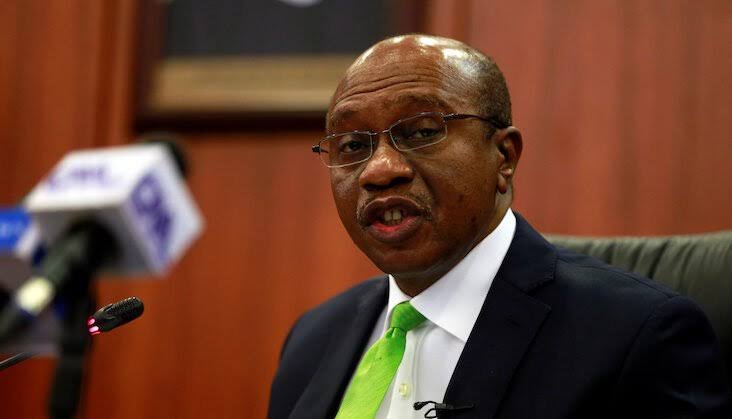 Following the rising rate of inflation, the Central Bank of Nigeria (CBN) Monetary Policy Committee unanimously voted to raise the benchmark interest rate from 14% to 15.5% in 2022.

Persecondnews reports that this will be the third time in a year the apex bank would be raising the benchmark interest rate.

The CBN during its last MPC meeting had increased the interest rate from 11.5% to 14% in the last two meetings.

However with the inflation rate still rising, the apex bank has raised the rate further to 15.5% to curb the rising cost of goods and services.

The CBN Governor, Godwin Emefiele, who disclosed this on Tuesday after a Monetary Policy Committee meeting in Abuja, said: “The committee voted unanimously to raise the MPR…The MPC voted to raise the MPR to 15.5, retain the asymmetric corridor at +100 -700 basis points around the MPR. Increase the Cash Reserve Ratio (CRR) to a minimum of 32.5% and retain liquidity ratio at 30%.”

“Members deliberated the impact of the widening margin between the current policy rate of 14 percent and the inflation rate of 20.52 percent.

“At this meeting, the option of reducing the policy rate was not considered as this would be gravely detrimental to reigning in inflation. The committee thus agreed unanimously to raise the policy rate to narrow the interest rate gap and reign in inflation. The committee thus voted unanimously to raise the MPR.

Emefiele also said the CBN will implement aggressive Cash Reserve Requirement (CRR) measures by mopping up liquidity from commercial banks latest by Thursday as he warned banks to fund their accounts immediately.

The governor warned that banks that fail to fund their bank accounts will be denied access to the foreign exchange market.

The apex bank believes increased liquidity is one of the major reasons why the exchange rate has been depreciating.

CBNEmefiele
Share
Subscribe to our newsletter
Sign up here to get the latest news, updates and special offers delivered directly to your inbox.
You can unsubscribe at any time

Flood disaster in Kogi as residents scarper, resort to use of canoes as floodwaters take over roads, submerge houses, worship centres, schools