“Unless we get substantial relief, how can the world expect from us to stand on our own feet?" he said. "It is simply impossible." 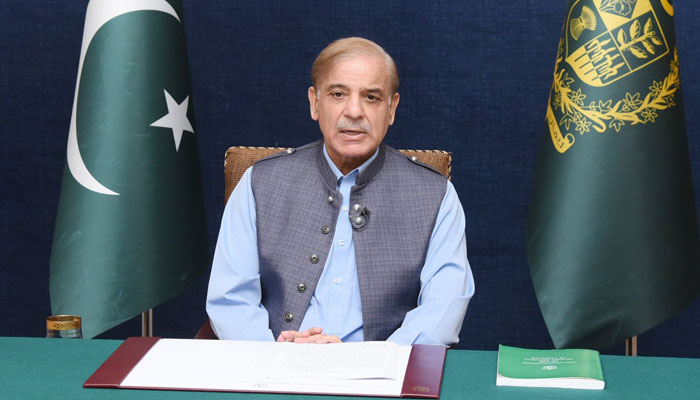 Pakistan’s Prime Minister Shehbaz Sharif fears that all hell will break loose if a debt deal is not reached to aid the flood-stricken country as the threat of epidemics looms large.

In an interview with Bloomberg in New York, where he was scheduled to address the UN General Assembly on Friday, Mr Sharif said he had spoken to European leaders and creditor nations to secure a moratorium on debt, some of which is due in the next two months.

“Unless we get substantial relief, how can the world expect from us to stand on our own feet?” he said. “It is simply impossible.”

Thousands of doctors have been sent to Pakistan’s worst-hit province of Sindh to battle against the spread of waterborne diseases. More than 134,000 cases of diarrhoea and 44,000 cases of malaria were reported in the province this past week, AP reported.

Addressing the “colossal” costs of rebuilding, Mr Sharif also warned of impending chaos if Pakistan does not receive more funds.

“God forbid this happens, all hell will break,” he said. “Time is running, and we’re racing against time. Please help us avoid this disaster.”

More than 1,400 people have been killed and 33 million affected by record flooding and monsoon rains which battered the country in recent months, and also caused devastation in neighbouring Afghanistan. Recovery is estimated to cost at least $30 billion.

On a recent visit to the country, UN Secretary General Antonio Guterres called for “global support” in the aftermath of the floods. He issued a warning of the universal effect of climate change, another issue high on the UNGA agenda this year.

“We will do everything possible to mobilise the international community to support your country and to support all of you in this dramatic situation,” he said during his visit.

PakistanPrime Minister Shehbaz Sharif
Share
Subscribe to our newsletter
Sign up here to get the latest news, updates and special offers delivered directly to your inbox.
You can unsubscribe at any time