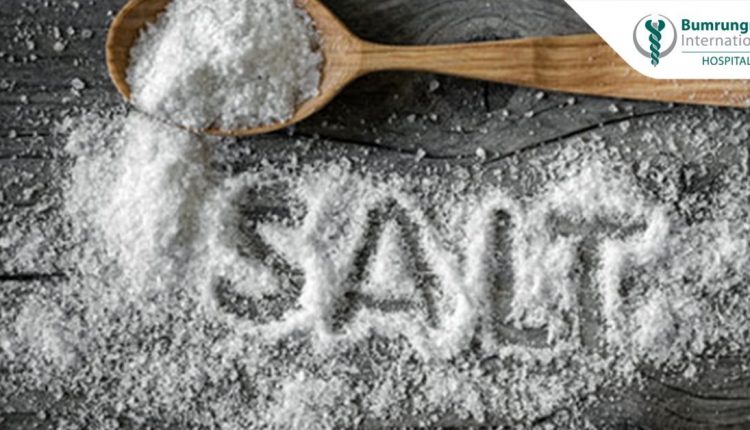 People who add extra salt to their food at the table are at higher risk of dying prematurely from any cause, according to a study of more than 500,000 people, published in the European Heart Journal this week.

Per Second News reports  that  three in every 100 people aged 40 to 69 die prematurely in the world population.

Compared to those who never or rarely added salt, those who always added salt to their food had a 28% increased risk of dying prematurely. In the general population about three in every hundred people aged between 40 and 69 die prematurely. The increased risk from always adding salt to food seen in the current study suggests that one more person in every hundred may die prematurely in this age group.

“Even a modest reduction in sodium intake, by adding less or no salt to food at the table, is likely to result in substantial health benefits, especially when it is achieved in the general population,” he said.

Prof Qi decided to look at adding salt at the table because assessing overall salt intake is difficult given the high levels of salt in many foods, including processed foods.

“Adding salt to foods at the table is a common eating behaviour that is directly related to an individual’s long-term preference for salty-tasting foods and habitual salt intake,” he said.

“In the western diet, adding salt at the table accounts for 6 per cent to 20 per cent of total salt intake and provides a unique way to evaluate the association between habitual sodium intake and the risk of death.”

The researchers found that the risks of early death linked to adding salt were reduced slightly in people who ate the most fruit and vegetables, although these results were not statistically significant.

Salt
Share
Subscribe to our newsletter
Sign up here to get the latest news, updates and special offers delivered directly to your inbox.
You can unsubscribe at any time

The Day in Pictures: Gov. Sanwo-Olu at the Grand Finale of the Annual Ojude Oba Festival at the Oba S.K. Adetona Golden Jubilee Centre, Ijebu-Ode