Biden, in a statement, lauded Jean-Pierre’s experience, talent, and integrity, saying he was proud to announce her appointment. 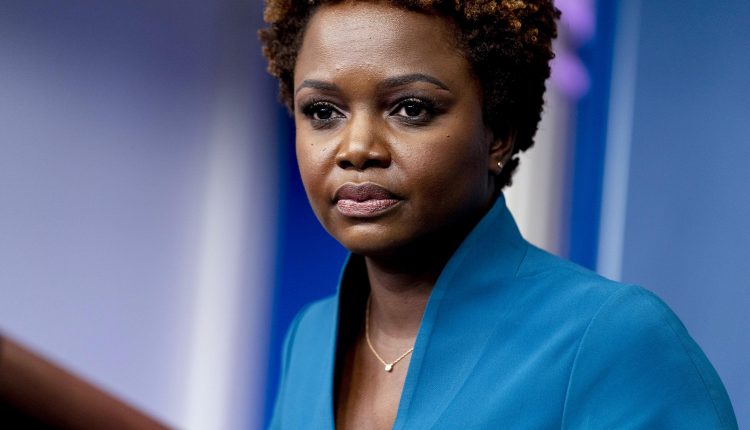 Jean-Pierre, who would also be the first Lesbian, Gay, Bisexual, and Transgender person in the role, would replace Jen Psaki, under whom she served as deputy, from May 13.

Biden, in a statement, lauded Jean-Pierre’s experience, talent, and integrity, saying he was proud to announce her appointment.

The outgoing spokeswoman, bringing Jean-Pierre behind the podium for the traditional briefing of accredited journalists at the White House on Thursday, praised, in a voice sometimes choked with emotion, the qualities of her deputy, whom she hugged several times.

Jean-Pierre “will be the first Black woman, the first out LGBTQ+ person to serve in this role,” said Psaki, who said from the outset that she would step down during Biden’s term.

Jean-Pierre’s promotion is “amazing because representation matters and she is going to give a voice to so many and show so many what is truly possible when you work hard and dream big,” Psaki added, opting not to comment on media reports that she would be joining TV channel MSNBC after leaving the White House.

Also visibly moved, the future press secretary said, “This is a historic moment and it’s not lost on me. I understand how important it is for so many people.”

The 44-year-old Jean-Pierre, who has a daughter with her partner, a Cable News Network journalist, has already taken to the famed podium in the White House’s James S. Brady press briefing room as Psaki’s number two.

From May she would take center stage at the daily White House press conference, which is broadcast live and highly scrutinised.

Before her, only one other Black woman, Judy Smith, had been deputy White House press secretary, during George Walker Bush’s presidency in 1991.

Joe BidenUnited States
Share
Subscribe to our newsletter
Sign up here to get the latest news, updates and special offers delivered directly to your inbox.
You can unsubscribe at any time