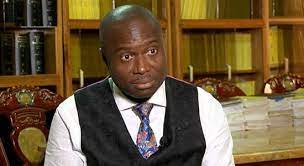 A Senior Advocate of Nigeria, Chief Kunle Ogunba, is now under fire for allegedly deposing to false information in an affidavit for the court to act upon against some people.

He is accused of knowingly falsifying information, misrepresenting, and suppressing facts in an affidavit, thus misleading the court to fraudulently obtain an injunction for his client, Access Bank Plc.

The alleged unprofessional behaviour has, therefore, attracted deprecation of the Court of Appeal.

DPCF made the call in a statement given to Persecondnews.com, entitled, “Allegations Of Gross Misconducts Against Adekunle Ogunba (SAN): Need To Preserve The Integrity Of The Legal Profession And Honour Of The Inner Bar.’’

In December 2020, Seplat Petroleum Company had dragged Adekunle Ogunba (SAN) before LPPC and LPDC over what it considered gross misconducts in his handling of the litigation arising from the loan transaction between Diamond Bank (which is currently known as Access Bank) and Cardinal Drilling Services Ltd.

Ogunba was appointed Access Bank’s counsel as well as its receiver/manager following Cardinal Drilling’s inability to offset the said credit facility said to now stand at about $85.8 million.

Seplat had prayed the LPDC and LPPC to sanction the lawyer for abuse of court processes, filing of frivolous charges; deliberate misrepresentation of facts to mislead the court, and acts inimical to Nigeria’s economy, all contrary to the provisions of the Rules of Professional Conduct 2007.

Seplat alleged that even though it is not a party to the loan transaction between Access Bank and Cardinal Drilling Services and whereas it did not guarantee the Deed of Debenture (which was strictly between Access Bank and Cardinal Drilling), Kunle Ogunba knowingly filed baseless insolvency action against it as the 1st Respondent in clear contravention of long-settled legal principles, in order to harass the company, cause it embarrassment, and do damage to its reputation and goodwill.

It alleged that even though its Chairman, Dr ABC Orjiako, was not a party to the loan agreements or Deeds of Debenture, and did not stand as a guarantor or make any commitment whatsoever in respect of the loan between Access Bank and Cardinal Drilling, Kunle Ogunba filed an action against him as the 3rd Respondent in flagrant violation of well-established and universal principles of law.

Furthermore, it alleged that whereas the Debenture in respect of the loan is a fixed Debenture directly tied to four specific Cardinal Drilling Services rigs, which automatically limits Access Bank to those four Cardinal Drilling assets in the event of debt recovery, Ogunba lied in the filed court processes that the loan was secured with a fixed and floating Debenture, just to rope-in Seplat, which is a totally distinct corporate body.

Seplat also alleged that even though it is clearly an oil and gas firm with not less than five Oil Mining Leases (OML), which are immovable assets located in Nigeria and producing oil day-to-day, hence could not be taken beyond the reach of the court or easily stripped, Ogunba’s law firm deposed to an affidavit wherein it claimed that Seplat could dispose of those assets or place them beyond the reach of the court.

It said Ogunba made the misleading claims notwithstanding that Seplat had been listed on the London Stock Exchange and the Nigerian Stock Exchange since 2014 and commands a market capitalisation of over $458 million and assets worth over $2.8 billion.

Seplat petition comes barely three years after the LPPC stripped Ogunba of SAN rank sequel to Honeywell Group’s petition accusing him of gross misconducts, including the “institution of multiplicity of proceedings before different judges of the Federal High Court on the same subject with the deliberate aim of abusing the process of court and derailing the course of Justice.”

The petitioners accused the SAN of knowingly falsifying information, misrepresenting, and suppressing facts in an affidavit, thus misleading the court to fraudulently obtain an injunction for his client, Access Bank Plc.

According to the press release which was signed by Barr. Tolu Babaleye, (Chairman BOT) and Alpheus Orji, (Director of Research), Ogunba was specifically accused of breaching Rules 1, 15, 24, 30 and 32 of the Rules of Professional Conduct, 2007, in a manner demeaning of the conduct required of a legal practitioner and the high moral character and professional standards expected and required of a Senior Advocate of Nigeria.”

“This is a matter of grave concern and interest in view of the fact that the said Senior Advocate had been stripped of his SAN rank in 2018 by the Legal Practitioner’s Privileges Committee (LPPC), following allegations of sharp practices, the multiplicity of proceedings, and abuse of court processes to derail the course of justice – although the privileged rank was subsequently restored to him on the condition that he desists from such practice.

“We note with interest the contestations in the public space, the media and within the legal community about the propriety or otherwise of his actions following the unanimous ruling from a three-man panel of the Court of Appeal that suspended the order obtained by Ogunba, SAN, allegedly, with patently false information,’’ the statement said.

It also stated that not only did Ogunba’s alleged action impact negatively on several high-profile corporate bodies that have nothing to do with the Access Bank case; it disrupted businesses with high risk of loss of confidence in our system by Foreign Direct Investors.

The statement added: “It is also interesting to note, as could be deduced from the Court of Appeal’s reasoning that Ogunba’s action was alleged to have disrupted gas supplies to power plants that generate about 40 per cent of power supply in Nigeria and affected the rights of over 400 employees and businesses. The Court of Appeal held that “where machines and workers would be rendered useless, the court would intervene.”

“Much as we cannot stand in judgement over the learned SAN, as it is the duty of the LPPC and LPDC to consider and interrogate the allegation, a SAN should not place personal interest above public good.

“We believe that not even the prospects of making over N3.5 Billion, representing about 10 per cent legal fees from the said $85.8 Million dollars debt can make a SAN lose his sight of the high ethical standards and professionalism the Rules of Professional Conduct, 2007, imposes on all legal practitioners or the patriotism members of the Inner Bar, as the standard bearers of legal profession in Nigeria, owe the public and our nation.”

The group called on the necessary authorities to look into the case with justice and equity and ensure that the proper judgment is melted out, according to Mr. Tolu Babaleye, the allegations against Kunle Ogunba (SAN) are weighty.a

“We call on the LPPC and LPDC to investigate this matter of public and professional interests with expediency and do justice without fear or favour as the public is on the watch to see how the legal profession will handle a case against one of his own.”

“Since this is not the first time the SAN’s ethical and professional conducts will be called into question, he should be sternly sanctioned and finally stripped of his Senior Advocate of Nigeria rank this time around should he be found wanting, to serve as a deterrent to persons of such standing with tendencies for inflicting injustice on the society and desecrating the integrity of the legal profession due to vested fiduciary and personal interests. To whom much is given, much is desired.”

CSOsOgunba (SAN)
Share
Subscribe to our newsletter
Sign up here to get the latest news, updates and special offers delivered directly to your inbox.
You can unsubscribe at any time