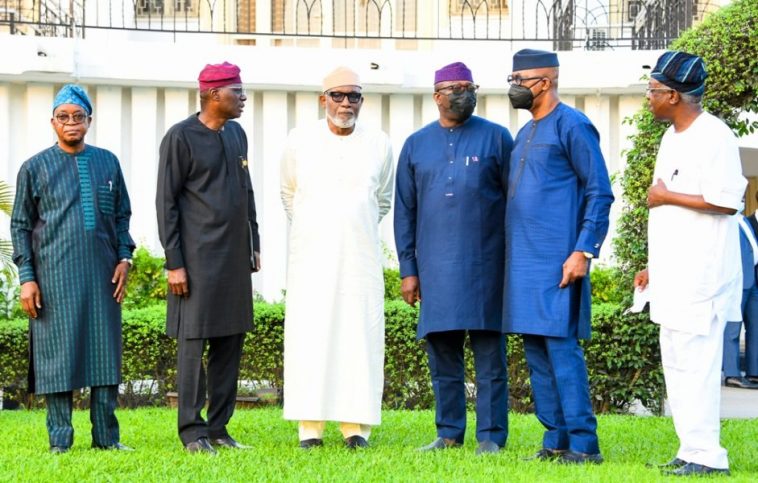 The Socio-Economic Rights and Accountability Project (SERAP) which made the call, said anyone suspected to be responsible should face prosecution as appropriate, if there is sufficient admissible evidence, and any mismanaged public funds should be fully recovered.

This is contained in a letter dated January 1, 2022 and signed by SERAP

Deputy Director, Mr Kolawole Oluwadare, and copied to Mr Abubakar Malami, SAN, Attorney General of the Federation and Minister of Justice, a copy of which was obtained by Persecondnews on Sunday.

It said: “The most satisfactory and effective way to demonstrate the oft-repeated commitments to address the insecurity in the country is to promptly and thoroughly probe persistent allegations of corruption in the spending of security votes by state governors.

“Probing the spending of security votes and ensuring accountability for any cases of corruption would improve the ability of your government to deliver on the promises to ensure the security of Nigerians, and to keep them safe.

“Ending impunity for allegations of corruption in the spending of security votes and recovering any mismanaged public funds are matters of public interest.

“As revealed by a recent report by Transparency International (TI), most of the funds appropriated as security votes are spent on political activities, mismanaged or simply stolen. It is estimated that security votes add up to over N241.2 billion every year.

“Longstanding allegations of corruption and mismanagement of security votes have hugely contributed to the growing insecurity in the country, and the failure of authorities to effectively discharge their constitutional responsibility to ensure the security and welfare of their own people.

“Pervasive tendency by public officers to regard or treat security votes given to them for security of the state as their personal entitlement or funds is antithetical to the Nigerian Constitution of 1999 [as amended] and international standards. Security votes should be used for improving the security situation in the states or returned to the public treasury.”

Recalling that successive governments had failed to effectively discharge their primary and constitutional responsibility to protect the lives and property of the Nigerian people, SERAP said :”This is patently contrary to Section 14(2)(b) of the Nigerian Constitution, which provides that: ‘the security and welfare of the people shall be the primary purpose of government’.

“Against the background of well-documented cases of abduction, killings and ongoing security challenges in several parts of the country, the time has come to end the culture of impunity for allegations of corruption and mismanagement of public funds meant to ensure the security of life and property of Nigerians.

“Similarly, your government’s responsibility to guarantee and ensure the security and welfare of the Nigerian people is interlinked with the responsibility under Section 15(5) of the Constitution to ‘abolish all corrupt practices and abuse of office.’

“This imposes a fundamental obligation to ensure accountability for the spending of security votes by state governors.

“Any allegations of mismanagement of security votes against sitting governors can and should be investigated pending the time they leave office and lose immunity.

“The findings of such investigation can also be the basis for initiating impeachment proceedings against any indicted governor.”

“SERAP urges you to instruct the Economic and Financial Crimes Commission (EFCC) and Independent Corrupt Practices and Other Related Offences Commission (ICPC) to jointly track and monitor spending of security votes by the 36 state governors.

“SERAP notes that in your 2022 New Year Message to Nigerians, you raised concerns about ‘the persistent insecurity in certain parts of the country,’ and the effects on the socio-economic conditions of millions of people, as well as promised to ‘remain resolute in our commitments’ to give ‘utmost attention’ to the problem, and to address ‘human security at the grassroots.

“SERAP also notes your expressed commitment to give ‘the utmost priority to fighting corruption and other related offenses’ in any part of the country,” it stated.

On its next line of action in the event of inaction by President Buhari, SERAP said:“We would be grateful if the recommended measures are taken within 14 days of the receipt and/or publication of this letter.

“If we have not heard from you by then, the Incorporated Trustees of SERAP shall consider appropriate legal actions to compel your government to comply with our request in the public interest.”