Menu
Menu
Search
Suspected internet fraudster, Ramon Abbas, popularly known as Hushpuppi, has confessed to the American authorities on how he bribed a top police officer in Nigeria, Abba Kyari, to arrest and jail his friend and co-conspirator.
Court documents by the United States District Court for the Central District of California, noted that Hushpuppi arranged for Kyari to have his co-conspirator, Kelly Chibuzo Vincent, arrested following a conflict over an ongoing $1 million scam they were both running on a Qatari businessman.
Persecondnews gathered that the two fraudsters conspired with others to steal over $1million from the Qatari businessperson, attempting to finance the construction of a school for children in Qatar.
However, Vincent contacted the victim to expose the fraud after a dispute ensued between him and Hushpuppi.
Kyari, a deputy commissioner and commander of the Inspector General of Police Intelligence Response Team, was reported to have carried out the request and sent Hushpuppi photographs of an imprisoned Vincent, as well as account details for his payment.
Earlier, Hushpuppi, had pleaded guilty to the charges including money laundering, wire fraud, felony amongst others, risking 20 years imprisonment and other penalties when convicted.
However, Kyari has denied the allegations leveled against him, stating that “those celebrating his alleged indictment, will be disappointed because his hands are clean.”
Narrating his encounter with alleged international fraudster, well known for his flashy lifestyle on social media, via his
verified Facebook page on Thursday, the Deputy commissioner of Police said Hushpuppi called his office two years ago to report a death threat from someone.
According to him, the suspect, later identified as Chibuzo Vincent, was arrested but released after investigations revealed that “they are long time friends who have money issues between them”.
Kyari also denied receiving money from Hushpuppi.
SHARE THIS ARTICLE 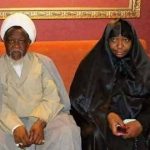 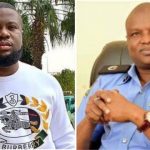