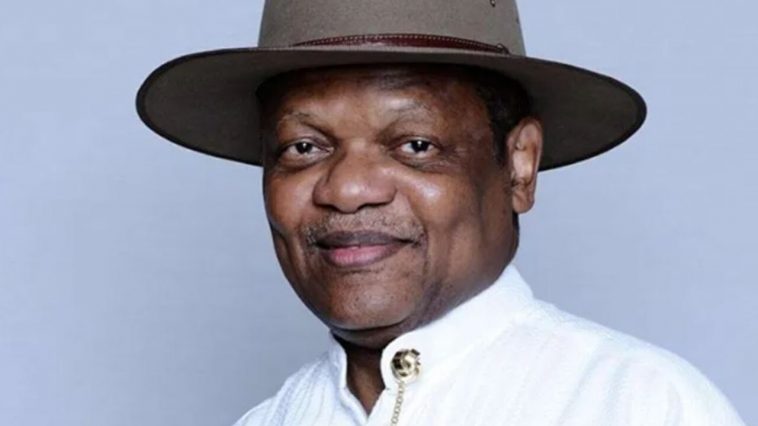 Atedo Peterside
By Olu Tayo
Atedo Peterside is an alumnus of the City University, London and the prestigious London School of Economics and Political Science, where he majored in Economics, in his first degree and later obtained his Master’s degree in 1977, also in Economics. He is certainly no rookie.
A savvy entrepreneur, investment banker, economist and founder of Stanbic IBTC Bank Plc, Anap Business Jets Limited and the Atedo N. A. Peterside Foundation, he regularly recalls some of the values he got from his stern, Ophthalmologist father, Chief Michael Clement Atowari Peterside: “My father trained me to disbelieve first and question the message anyone was giving me and only proceed if the proposal makes sense to me.” Ophthalmology is the branch of medicine concerned with the study and treatment of disorders and diseases of the eye.

In effect, the core of this peculiar paternal philosophy is – first disbelieve any message! This perhaps immediately locates the spring from which Atedo Peterside’s mistrust, disbelief and rejection of the recent Federal Executive Council-approved $1.5 billion rehabilitation project of the Port Harcourt Refining Company Ltd. (PHRC) flows.

“FG should halt $1.5bn approval for repair of Port Harcourt refinery and subject this brazen & expensive adventure to an informed national debate. Many experts prefer that this refinery is sold “as is” by BPE to core-investors with proven capacity to repair it with their own funds,” Peterside posted on his twitter handle on March 21.

Forty-eight hours ago, he also posted another query on his twitter handle: “In 2019, PH Refinery contributed zero revenue, but incurred costs of N47bn; almost N4bn a month! Instead of ending this nightmare through a #BPE core investor sale, #NNPC wants to enmesh Nigeria into a deeper financial mess by throwing $1.5bn (incl. debt) at a problem it created?”

It could be recalled that at a Federal Executive Council (FEC) meeting on Wednesday, March 17, 2021, chaired by President Muhammadu Buhari, $1.5 billion was approved for the full rehabilitation of the Port Harcourt Refining Company Ltd. (PHRC). The refinery has a combined, installed crude processing capacity of 210,000 bpsd.

As it were, the approval triggered a wave of criticisms and opposition from several analysts and important stakeholders – including Atedo Peterside who incidentally, was on the National Council on Privatisation (NCP) between 2010 and 2015. This was not unexpected. More so against the backdrop of the fact that the country has in the past spent billions of dollars on refinery maintenance without commensurate industry benefits – persuading many to call for their privatisation.

The projected $1.5 billion rehabilitation cost has even been wrongly compared with the cost of Shell’s recent sale of its Californian refinery in the US by some trenchant critics. Nigeria currently has five refineries in the country. Four are owned by the federal government through the NNPC, while the fifth is owned and operated by Niger Delta Petroleum Resources (NDPR).

Beyond scepticism and quirky sentiments, the economics of funding the repair of a strategic national asset like a refinery for $1.5 billion is clearly grounded in reality. Unassailable logic supports the footing that a nation with such oil-producing capacity should at least possess one functional refinery that can work to optimal capacity. This is especially so, against the unflattering backdrop that over the years, the country has been exposed to saboteurs who brazenly imported dirty petrol from Europe. Having a functional refinery would indisputably be in the best interest of the country.

The Mele Kyari-led NNPC maintains that building a new refinery with the name-plate capacity of the Port Harcourt refinery will cost the federal government between $7 billion and $12 billion and take a period of four years, during which Nigeria must continue to import products.

Describing the actual cost of the revamp project as about $1.34 billion, noting that additional expenses include taxes and other duties that could come up, the NNPC boss argued that there was no basis for comparison between the Port Harcourt refinery and the one sold by Shell in America for $1.2 billion in terms of capacity.

Hear him: “The real cost is $1.34 billion. Even then you could argue and say why you wouldn’t build a new refinery. We have also seen some curious comparisons that shell sold one of its refineries for $1.2 billion and that it’s even better than our own.

“This is mundane. Even a Google search will reveal that it was built in 1915 and it’s a 107,000 barrels per day refinery. It has been on shut down by the regulators since early last year. Not only that, when you buy a refinery you buy its assets and the liabilities.”

He maintained that many people do not know the financial transactions that go into some negotiations, saying that it is needless to compare a combined refinery of 210, 000 barrels to a much smaller and much older refinery which has many issues with regulators. The GMD further revealed that the current huge cost of rehabilitation was because the last turn-around-maintenance was badly carried out.

The NNPC boss also drew attention to the fact that those pitching for building outright new refinery did not do their due diligence. “They have asked why we don’t just build a new one. What does it take to build a refinery of this status today? It’s anywhere between $7 billion to $12 billion to construct a refinery of this nature. This is what we call battery limit construction. That’s the estimate you see in the public space,” he clarified.

Many industry analysts locate the rump of critical opposition to revamping the refinery to a trust deficit in the government. This distrust also understandably feeds Petersides disbelief – a trait which his dad embedded in him as a lad.

Yes, the common question resonating is – will the princely approved sum of $1.5billion be applied appropriately for the purpose it was meant. But this line of reasoning and Peterside’s combative position fail to factor in the crucial fact the NNPC has a new leadership that has demonstrated enormous commitment in terms of transparency, accountability and very low tolerance for corruption. It is no longer business as usual.

Beyond the issue of trust deficit and Peterside’s disbelief is also a strong sense that very powerful, shadowy vested interests want the refinery sold and have already positioned fronts or themselves directly, to buy up the national assets. Given Peterside’s progressive trajectory, it may be illogical to view him as a possible front for buyers or an intending buyer. But given the sad history of local corporate intrigues, nothing could be taken off the table.

On the other hand, many point out that even if the nation’s refineries are to be disposed of as Peterside is pitching, it makes sense to revamp them before selling. They point at the stuttering electricity sector as an example of the downside of selling off national assets that are not put in order.

Organised labour under the auspices of the Nigeria Labour Congress, NLC, and the Trade Union Congress, TUC, as well as many other critical stakeholders are supportive of the federal government’s move.

Being a banker of repute who should know better than most, Peterside ought to appreciate the fact that African Export-Import Bank (Afreximbank) being the leading financier of the refinery rehabilitation project, providing US$1 billion (67%) signals practicality. This speaks to the project’s viability and bankability.

Besides, in consonance with key lender requirements, the refinery after rehabilitation will be run on O&M Model by an experienced and credible operator. NNPC will retain 100% of refinery ownership. On the project governance structure front, external stakeholders such as the Ministry of Finance, ICRC, NEITI and labour unions (PENGASSAN & NUPENG) will be emplaced.

A progressive public policy is a principle of action chosen by a government for the achievement of specific goals that should ideally favour as much of the society as possible. Beyond the challenges of the period and Peterside’s disbelief, the emerging consensus is that the PHRC rehabilitation project keys into the big-picture policy imperatives of changing the nation’s oil sector story.

It is also worth noting that the NNPC, Algeria’s Sonatrach, Angola’s Sonangol and other notable NOCs in Africa stand on the brink of significant disruption – and of substantial opportunity – as a new era of structurally lower oil prices challenges business models that have long relied largely on exploration and production of crude petroleum. To manage these challenges clearly require new thinking and boldness. This has been demonstrated by the new leadership of NNPC – especially with is emphasis on transparency, zero tolerance for corruption and innovative governance.

Clearly, sentiments not backed by impartial facts can blind even a genius to what is otherwise obvious to an ordinary man. At the NNPC, a new dispensation is on and whatever operational quirks obtained previously are being expeditiously addressed. Therefore, this is not time for disbelief or gaffes. Rehabilitation of the Port Harcourt refinery makes sense. There is no optical illusion here – as even venerable Pa (Chief) Michael Clement Atowari Peterside will buy into this progressive project. 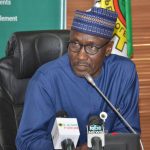