Nigeria’s population is rising and, today, it has more than quadrupled the figure at independence over 60 years ago. With this increase came an assortment of opportunities as well as challenges. But while the opportunities have been repeatedly bungled and frittered away, the challenges have been poorly managed and are growing in complexity.

Is it not a shame for a country with so much prospects to now become a laughing stock of others less deserving? Nigeria, on record, has embarked on many failed projects, squandered fortunes on white elephants and wasted a whole generation of human capital as a result of poor leadership.

It is nauseating to keep reading about government intentions, commitments and focus on doing things, most of which were either never started, or were poorly implemented but covered up with mere platitudes to hide official ineptitudes. Nigerian political leaders in military uniforms or in mufti have been going round in circles, playing out Russian roulette and creating wrong impression that motion necessarily means movement or that activities are tantamount to achievements. They are not ready, committed or well informed enough to fix Nigeria’s crisis.

Many institutions created up till the end of the last military regime looked good in names and mission but they were hamstring by the preeminence of emphasis on federal character over merit. Mostly policies were good on paper but became failures at implementation here, while similar policies and others copied from Nigeria were runaway successes elsewhere in places where people meant to progress without allowing geopolitics to get in the way of socio-economic development. Many policies were also aberrations as in the case of the cumulatively loss-making Kaduna refinery that was more of a political creation than one based on economic justification. At least, years of revenue loss and unwarranted overhead costs have proved this to be true.

Nigerian political leaders of all shades and hues appear satisfied with nostalgia and reminiscing about the better past than of present accomplishments or future progress. They are experts in story telling. We hear of hackneyed statements about groundnut pyramid in Kano, cocoa house in Ibadan or palm oil export from the south east, but they failed to locate the missing elements in what made Malaysia and Indonesia combined to take over leadership in palm oil export globally, or why Dunlop and Michelin would relocate its operations from Nigeria to another country in the west coast, or why Unilever would not like to have its regional headquarters in the country where its biggest market is.

Some officials of the Federal Ministry of Industries, Trade and Investments were being lobbied a couple of years ago by an Asian front to allow massive palm oil importation into Nigeria! Rice, a major staple in Nigeria is yet to be produced at a volume big enough to keep official and unofficial importers at bay. Same with wheat. Nigeria expends billions of dollars in importing these and other commodities that Nigeria is eminently qualified to produce. Yet, the rising unemployment rates are not sufficient to give some people in the political class some sleepless nights! They are simply explained away gleefully and dismissively.

What has Nigeria’s many diplomatic shuttles brought in? How much wealth have our numerous ambassadors to countries of the world generated for Nigeria, other than being ‘jobs for the boys’? Because they have traditionally been without clear purpose, a crop of present ambassador-designates could not be posted. Nothing should have delayed their postings if they are not merely going out there as “cost centres” instead of wealth creators as most of their predecessors were. The official trips of federal and state executive officers, over the years, raised initial hopes. Investors were upbeat, but getting down to business, as the World Bank’s Ease of Doing Business would show over the years, has been a different story. Frustrations and regrets greet many hopeful foreign investors.

Dominion Rice Farm was a hopeful project in Taraba during Governor Sunatai’s tenure. But Calvin Burgess would probably be having his lifetime of regrets for ever venturing out into Nigeria to invest in that state. The project never worked. Yet billions are still spent today on rice importation.

Many who championed Nigeria’s journey to de-industrialisation over the years rode brazenly on the back of unpopular and retrogressive policies to political stardom, influence and affluence. Their decisions, which rested essentially on short-termism, expediency and convenience were more self-serving than altruistic as we could later see. Those saddled with the task of privatisation were busy cherry picking plum enterprises for themselves. Some of them are either still holding the reins of power now or are sitting at the sidelines, enjoying their largesse, and probably still pulling the strings.

Politics has become full-time job for most politicians in Nigeria and a fast lane to wealth; plus the breeding of thuggery which has become their tool for either seizing power or retaining it. Many wrongs committed by Nigerian political leaders are considered sacrosanct and so sensitive that people are discouraged from talking about them. A two-term governor of Borno State couldn’t put back into the bottle the genie he created when his political thugs became militants at first and later transmuted into terrorists, a consequence that the north east region of Nigeria is currently, but regrettably, living with and paying dearly for as an estimated 2.4 millions of people from that axis have been internally displaced and thousands of people have been killed. Nigeria spends a huge proportion of the annual revenues on repelling the hordes of brigands who daily trouble the innocent people in that axis, yet with limited success. Yet, bridges of some major highways in many other parts of the country are broken and desperately need rebuilding.

Agriculture, which is the mainstay of the north east region, has stalled as people have fled for safety from no fewer than three local government areas of Borno State. The menace is spreading further afield as Nassarawa State at the centre of the country has recently reported an emergence of the deadly terrorist group. Food security in Nigeria is gradually going under threat as rural farming communities are no longer safe and farmers are trooping to the relative urban sanctuaries.

The ridiculously expensive system of government at the centre and the states is not responsive to the declining economic fortune of Nigeria. We are yet to hear of any elected legislator and member of the national assembly sponsoring a bill to reduce the wages and salaries of senators and representatives in the spirit of sacrifice and selfless contribution to Nigeria under the currently dwindling economy that is based on petroleum that has irreversibly suffered a decline in price, egged on by COVID 19 pandemic.

The sad prospects have been further confirmed by an executive order signed recently by America’s Joe Biden on XL Keystone pipeline, symbolic of an earlier end to the relevance of petroleum and internal combination engine automobile. What a message for Nigeria’s economic planners!

Manufacturing has taken a backseat as many big factories, firms and processing plants have become comatose. What has happened to Trans-Amadi industrial layout in Port Harcourt, the Kudenda or Kakuri in Kaduna, the Bompai, Sharada or Challawa industrial estate in Kano, the Ilupeju industrial estate in Lagos or Otta in Ogun State?

Textile factories in Kaduna, Kano and Lagos have closed shops and Odua Textile in Ado Ekiti is now a shopping complex, all with thousands of blue collar jobs irretrievably lost, with heightened anxiety and economic crises at the individual workers’ and household levels. Motor assembly plants have closed operations in Bauchi, Enugu, Ibadan and Kaduna, and where a semblance of opening for activities is found, it is nothing to commend. A Nigerian of thirty years old or younger would probably only hear the history of when brand new Volkswagen cars were churned out at Ojo in Lagos. Nowadays, people celebrate a Toyota Camry imported from the US and panel beaten after its body has been battered from hurricane Katrina in Louisiana and kept for years before it was eventually shipped to Nigeria. The iwopin and Oku Iboku paper Mills are now part of Nigeria’s museums and monuments and tourist sites on economic history.

It is noteworthy that former President Olusegun Obasanjo admitted during a recent virtual interview that his generation did a lot of wrongs to the country and its future generations. At least, he would have some relief in his mind for his humility and courage to openly confess his generation’s sins. Upon a closer scrutiny, and mindful of the fact that history would be written in his absence, he may ultimately be speaking for himself alone – to lift the burden of guilt – as most others might still remain unrepentant while standing on their low pedestals and remain adamant about their failings, still refusing to agree to their shortcomings.

For those who silently disagree with him, it is of no use disputing or mounting any spirited self-defence as evidences abound to confirm Obasanjo’s confession. His generation set low standards for those coming after them, and provided shoulders too low to stand upon and see far into the future or as launchpad for anyone hoping to fly high. Many who couldn’t bear the mediocrity of that generation as leaders voted with their feet and took advantage of the opportunities in the diaspora to launch themselves into limelight. Today, the body of ageing leadership still struggles to find direction in a world that is on a fast lane and the country risks being left behind on all indices of human development. Hope is not entirely lost, but that is only if the right things are done. The greatest misfortune is to keep doing the same old things the same old way and hoping to get different results. It just won’t work. 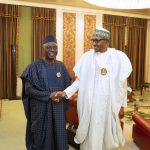 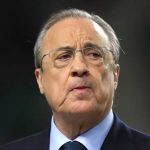