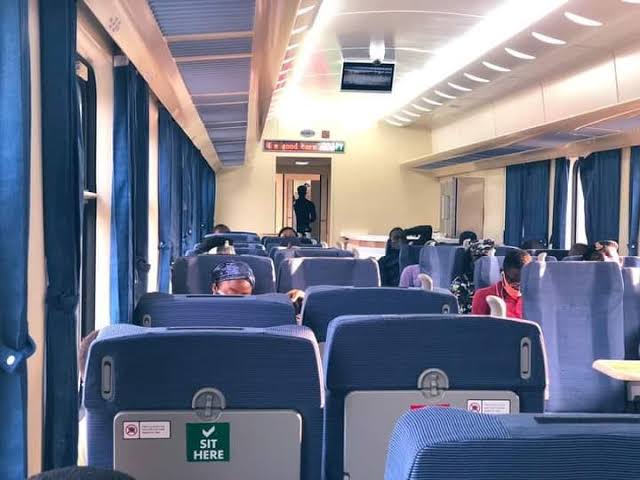 Nigerians and train passengers have reacted to the fares fixed by the Federal Government for the new Lagos-Ibadan standard gauge route, describing it as anti-poor and exorbitant.

The would-be passengers who spoke to Persecondnews have, therefore, urged the authorities to reduce the fares to enable ordinary Nigerians to have access to the facility.

They, however, commended the government for constructing the new  rail system, the first since independence.

The Minister of Transportation, Mr Rotimi Amaechi, had last week announced N3,000 ticket for the Economy Class (for the poor), N5,000 for the Business Class and N6,000 for First Class per trip.

He said full commercial operation would commence in January 2021 after the December test-run.

Mr Tayo Fagunleka, a Lagos-based Estate Manager, who said he had taken a ride on the new train during its test-run, described his experience as pleasurable but pointed out that the fares are on the high side.

“When you consider the fact that the distance is short and yet you have to spend about four to five hours on the Lagos-Ibadan route, one is bound to say that the fare does not worth it.

“Traveling by the new rail is more advantageous considering the fact that the coaches are new with the comfortable and better sitting arrangement.

“No doubt, it will provide an escape route and a good alternative to the gridlock on the Lagos-Ibadan expressway under construction.

“Also, you must look at the issue of safety which is better enhanced when you travel by rail. All the same it is an improvement on our transportation system as Nigerians have relied basically on road for haulage and commutting to all parts of the country.

Mr Olusoji Lawrence, a School Proprietor, told Persecondnews that the government should think of reducing the economic pains and hardship of Nigerians, whose earning capacity has been affected by COVID-19 and economic recession.

“Why should the government ask passengers to pay as much as that amount to get to Ibadan from to Lagos by rail, when in actual fact one can board commercial bus for a fare as low as N1,000 ?”

He called on the APC-led government headed by President Muhammadu Buhari to remember his promise to the downtrodden when campaigning for votes in 2015 election that he would make life better for the common man.

“I hope that it is not too late for the government to reverse the fares to say between N1,500 and N3,000 just like it is happening in the case of the fares from Abuja to Kaduna.’’

But Mr Olatokunbo Festus, a printer who operates a business centre at Agbado, Lagos, disagreed, saying:“Before one can pass judgment on the fares being charged for the journey, he must look at time factor, sitting arrangement, convenience and the safety.

“Everything is not about money, money, but that of safety and time as well. If those factors are considered then the fare is nothing to grumble about,” he said.

He, however, advised that what Nigerians should be bothered about is the sustainability and continuity of the project.

Mr Sadiq Martins, a freelance journalist, the exorbitant fare fixed for the journey from Lagos to Ibadan must have been responsible for the low patronage the corporation recorded on December 8, 2020, where few passengers showed up for the trip to Ibadan.

Mr Oyewole Odebunmi said :”The service is just commencing and it could always get better as it goes.”

However, Ojo Jimoh, a commercial bus driver plying Lagos-Ibadan route, said: “It is good for you people who have been commending the government for coming up with the rail system that will force down transport fares.’’

However, when Persecondnews called at the Nigerian Railway Corporation office in Lagos to ask for the reason for the exorbitant fares, a source who pleaded anonymity, blamed it on COVID-19 protocol, saying “the seating arrangement has to be adjusted to ensure safety, especially in this era of the pandemic.”

“Nevertheless, this has not explained why the fare for Abuja to Kaduna should still be fixed at between N1,500 and N3,000, while that of Lagos-Ibadan, a shorter distance should be higher.’’

Persecondnews recalls that the negotiation for the loan for the new train project was started by the PDP-led government of former President Goodluck Ebele Jonathan in collaboration with the Chinese government.

But President Buhari while coming on board in 2015, had given the agreement with Chinese Government a fillip and kick-started the project. 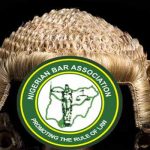 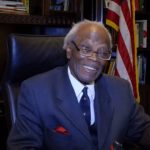