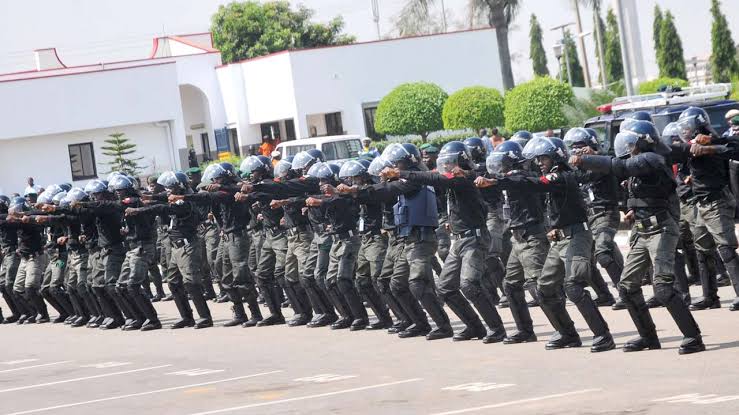 In a bid to consolidate Nigeria’s democracy, the CLEEN Foundation and the Network on Police Reform in Nigeria (NOPRIN Foundation) said on Friday that law enforcement agents should carry out their duties in line with human rights standards and protocols in the context of democratic policing.

They spoke against the backdrop of ongoing public outcry and protests across the country as a result of gross misconduct and human rights violations by operatives of the Special Anti-Robbery Squad (SARS) of the Nigeria Police.

Both organizations said Nigerians desire a police institution that is accountable and responsive to security concerns while adhering to the principles of fairness and rule of law in the discharge of their duties.

Persecondnews had reported the disbandment of SARS by the Inspector-General of Police, Mr Mohammed Abubakar Adamu, on  October 11, 2020.

The Police leadership had provided a five-point agenda following the dissolution of the unit on key areas for further actions.

A new unit — the Special Weapons and Tactics (SWAT) team — was established to replace the defunct SARS.

While commending the government for addressing a key demand of the ENDSARS protests, CLEEN Foundation and NOPRIN Foundation, however, said the setting up of the SWAT did not evolve through an- inclusive stakeholder’s engagement.

“In the light of the current agitations for a comprehensive reform of the Nigeria Police Force, the CLEEN Foundation and NOPRIN Foundation are of the view that there is an urgent need for an extensive and deeper reflection on our security needs as a nation.

“As civil society organizations working to support the Nigeria Police Force on its mandate to police effectively and in line with democratic values, we are worried that despite the peaceful protests by Nigerian youths against police brutality, some personnel of the Nigeria Police Force and armed thugs allegedly attacked unarmed protesters in Abuja and Lagos leading to human right violations.

“We welcome the statement of the IGP on the protection of peaceful protesters by the personnel of the Nigeria Police Force. We will monitor compliance through our citizen observers in all the 774 local governments across the country using the CLEENMobile Application.

“ In addition, the Police Reform Observatory will work with other CSOs, government agencies, the academia, the media, retired security personnel, and the private sector to coordinate a broad based CSO response on police reform in Nigeria,’’ they said in a statement.

It was signed by Dr Benson Olugbuo, Executive Director, CLEEN Foundation and  Saviour Akpan National Chairperson, Network on Police Reform in Nigeria (NOPRIN Foundation) and made available to Persecondnews.

On the reforms of the police force, the civil society organization recalled that several committees were set up in the past by the Federal Government to review the challenges affecting the Nigeria Police Force and to recommend reform.

CLEEN Foundation and NOPRIN Foundation coordinated the CSOs Panel on Police Reform constituted in 2012 which made several recommendations on effective, human rights and citizens-centered policing.

The organizations, however, noted that the implementation of the recommendations had been “very slow due to lack of political will and commitment to genuine reform’’.

They suggested that in order to address the current agitations for a comprehensive reform of the Nigeria Police, there was an urgent need for an “extensive and deeper reflection on our security needs as a nation’’.

“The CLEEN Foundation is pleased to proffer the following recommendations aimed at supporting a broader security sector reforms in Nigeria. We call for political will and broad-based civil society participation in the implementation of these recommendations.

“As a matter of urgency, the Federal and State Governments should set-up an inclusive public hearing for relatives of all victims and survivors of the misconduct of personnel of the defunct SARS Unit of the Nigeria Police Force. The report of the panels and their recommendations should be made public and fully implemented.

“The Federal and State Governments should ensure that all victims of human rights violations by the defunct SARS unit are adequately compensated. Alleged perpetrators should be investigated and those found guilty should be held accountable in accordance with the laws of the land.

“The Federal and State Governments should enforce the immediate and unconditional release of all innocent citizens who have been unjustly detained by the police during the EndSARS protests.

“There should be effective implementation of the Nigeria Police Act 2020 and the Police Trust Fund Act 2019 on issues relating to recruitment, funding and training of police personnel.

“Regular interactions between the police and the citizens to discuss emerging security concerns and issues in line with the principles of community policing. We suggest effective implementation of key recommendations of previous reports by government and civil society panels on police reform in Nigeria.

“It is our earnest expectation that the Federal and State Governments would implement these recommendations,’’ the statement said. 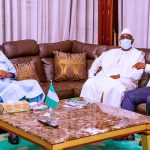